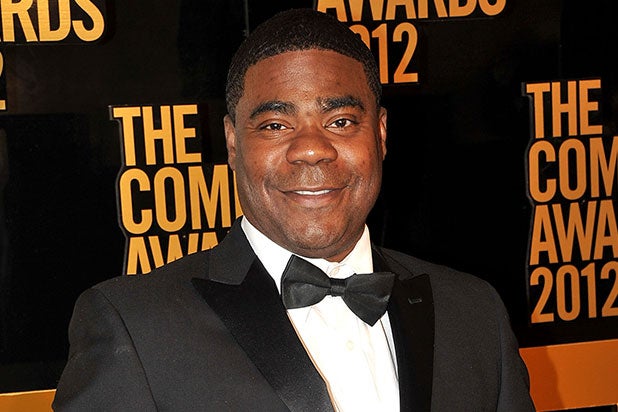 Tracy Morgan contemplated suicide after the tragic car crash that left him severely injured and his friend and fellow comedian James McNair dead.

“I said, ‘If my funny ever went away, I’d die,'” he told the Rolling Stone in an article published Thursday. “And I thought I was going to die for a long time. My thoughts — I was in a very dark place. I was sitting right here, contemplating suicide. I couldn’t walk.”

“Emotionally, it’s hard for me to deal with,” he went on to explain, admitting that he often blamed himself for what happened. “I asked everybody to be there that night [of the crash]. I have to live with that. But I had to forgive myself. I know Jimmy [McNair] would want it like that.”

Morgan, 47, was in critical condition after a six-vehicle accident on the New Jersey Turnpike in June 2014. Four others were hospitalized. A Walmart truck driver named Kevin Roper was charged with first-degree aggravated manslaughter, second-degree vehicular homicide and third-degree aggravated assault.

In an interview with GQ last November, the “30 Rock” star revealed his intense therapy sessions. While he didn’t remember anything from the first few moments he woke up from his coma, the actor said it took him 10 months to feel like himself again.

“I wasn’t in a good place,” Morgan said. “I didn’t get into a good place until maybe 10 months later. I started to remember and think and all of that stuff. They taught me how to walk again, and stand up and sit up again, and it was really painful for a long time. I did therapists, did cognitive, what do they call it? Did cognitive therapy. Still doing it … That therapy, the psychiatrist had to keep going back to see me.”

A survey of images from shows and movies from the legendary creator and star of “The Larry Sanders Show,” who died on Thursday