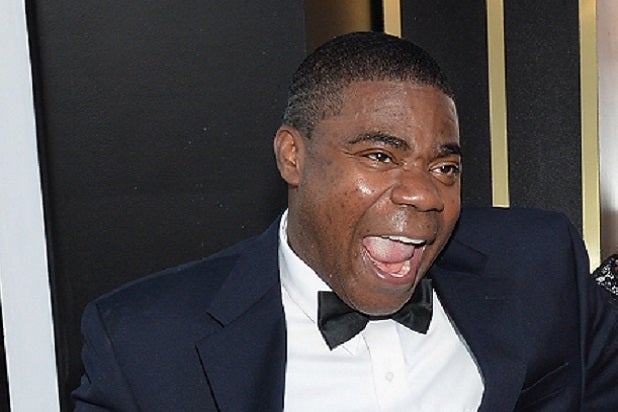 In November, Roper — the driver of the Walmart truck that seriously injured the former “30 Rock” star and left one person dead in a traffic accident on the New Jersey Turnpike last June — sought to delay the discovery process in Morgan’s suit against Walmart, in a bid to protect his constitutional rights.

The motion to intervene contended that evidence brought to light in the civil case would be harmful to the driver, who faces a separate criminal case in relation to the crash. (Roper is not named as a defendant in Morgan’s suit, but is mentioned in it.)

Earlier this week, Roper filed an application for emergency relief on his request, which cited the “worldwide publicity” generated by Morgan’s case against Walmart

“This publicity has only been exacerbated by the very purposeful attempts by Plaintiffs’ counsel to taint the jury pool of Kevin Roper to the end of furthering a monetary settlement in the civil case,” the application read.

However, Roper’s request was shot down by U.S. District Judge Michael Shipp, who handed down a decision on Friday.

Also read: Tracy Morgan Responds to Inflammatory Walmart Comments: They're Blaming Me for Accident They Caused

“Mr. Roper has not demonstrated that his Application requires emergency relief,” Shipp determined. “Here, Mr. Roper’s lack of urgency, as reflected by the submission of his Application five months after the Complaint was filed and three weeks after the Court’s Scheduling Order was entered, undermines his claim of immediate and irreparable harm.”

Morgan filed suit against Walmart in July, claiming that the company was “careless and negligent in the ownership and operation of its motor vehicle.” The suit goes on claim that Walmart “knew or should have known” that Roper was awake “for more than 24 consecutive hours” prior to the accident, and that the company had a “custom and practice of recklessly and intentionally allowing its drivers to drive for prolonged and unreasonable periods of time.”

Roper has pleaded not guilty to one count of death by auto and four counts of assault by auto stemming from the accident.