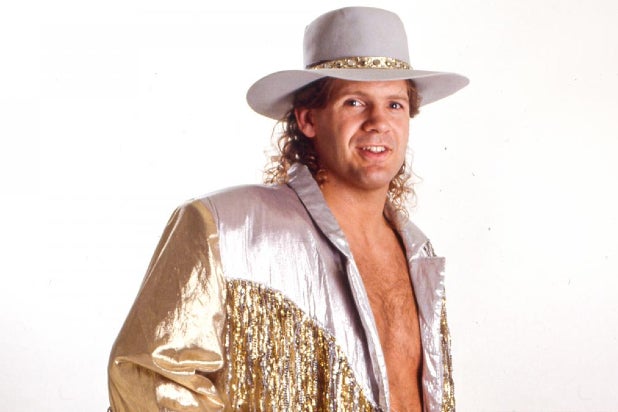 Former professional wrestler Tracy Smothers, who performed in WWE as Freddie Joe Floyd, has died. He was 58.

The Springfield, Tennessee native began his career in Florida Championship Wrestling, where he formed a tag team with Steve Armstrong. The duo competed in WCW as The Southern Boys and The Young Pistols, feuding with Michael Hayes and Jimmy Garvin, The Fabulous Freebirds.

Smothers later joined WWE before a run with ECW.

“WWE is saddened to learn that Tracy Smothers passed away today at the age of 58,” the pro-wrestling organization said Wednesday in a statement. “WWE extends its condolences to Smothers’ family and friends.”

Shortly after news of Smothers’ death broke, tributes from the wrestling community began rolling in on social media.

Tracy Smothers took two young kids from Canada trying to “tour” the southern United States, with $1.50 a day to spend on food, saw a dilemma we put ourselves in to try and get experience, and took us under his wing. He knew we wanted it. Because of that, and his huge heart, he drove us to make the next town so we could eat our next meal. He found floors, couches or other talent who had spare space in their hotel rooms for us to sleep. On those drives he dispensed his knowledge. Always with a laugh and a twinkle in his eye. And we soaked it up. He was a great man. He truly knew what paying it forward meant. I will miss him.

And another from another WWE legend, CM Punk (real name Phil Brooks):

Tracy was the first name I ever worked. He taught me so much just that first night, and continued to do so for years. He loved working shows full of young kids and always helped share his knowledge. Always asked if I was swimming and eating cans of tuna. His shadow boxing to warm up is legendary. I can hear it now if I close my eyes. I watched him try to take a guys eye out once, then immediately start brushing his teeth. One time he grabbed nachos from a fan and I was so terrified he was going to dump cheese all over me and I’d have to drive home from kentucky covered in concession stand nacho cheese (no showers in IWA) but he said, “block it, hit me with the cheese, kid”. He wrestled bears. He was in the greatest tag match of all time with Brad vs the Midnights. He was a THUG. T is for terrible, H is for hell, U is for ugly and G is for jail because a thug can’t spell! I can recite his SMW promo vs Candido from the coal miners glove match by heart. Most IWA shows he would look out the curtain and say”well if they riot, we got em out numbered boys!” Fresh from a shower, covered in soap and barely holding a towel to his body he fought police dogs during a riot in ECW. He was one of a kind.The Wild Eyed Southern Boy, and he left his mark on the wrestling business. I love Tracy Smothers. Rest in power Tracy, watch the cheese.

Tracy Smothers was the man, plain and simple.

I wish I had had the chance to be around him a lot more.

My thoughts go out to his friends and family.

I just heard the sad news about Tracy Smothers passing. We lost a good one today – a great worker who made everyone he worked with better. Tracy was a good friend for 30 years – we worked together in CWF, WCW, ECW, WWE, IWA Japan, and countless indies. #RIPTracySmothers pic.twitter.com/kjap5FEFQw

I just heard the news about Tracy Smothers. In my early years as a wrestler myself and @SexyChuckieT got to spend a lot of time with Tracy. He always knew how to put a smile on peoples faces.

Rest In Power my friend.

You will be missed. ❤️

Very sad to learn that Tracy Smothers passed. He was a great wrestler and an even better person. He was always cutting up and busting chops in the locker room…just a fun talented dude always smiling. A spectacular career wrestling everywhere you could imagine over his years! pic.twitter.com/L0RERBn7ve

In this world, it’s hard to think of ANYBODY who SOMEONE doesn’t like.

I was blessed to know and learn FROM him, and laugh WITH him, as were SO many. He left this business better than he found it.#RIPTracySmothers