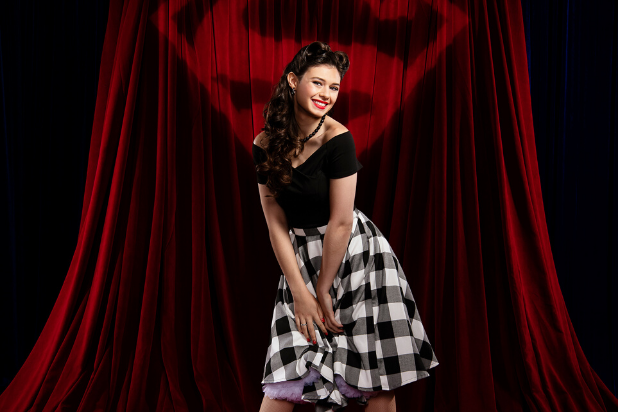 Both on and off the screen, WrapWomen Ambassador Nicole Maines is leading the fight toward justice and equality. At age 17, she was the anonymous plaintiff in the Supreme Court case Doe v. Clenchy that ultimately allowed students to use the bathroom consistent with their gender identity.

At age 20, she became TV’s first transgender superhero, Dreamer, in CW’s “Supergirl.” Currently age 22, whether she’s suited up in mask and tights or in jeans and a t-shirt, Nicole’s strength as a hero has broken boundaries and inspired people of all ages to be proud of who they are. We spoke to Maines about her work.

How important do you think it is for younger audiences to have a transgender role model?

As important as it is for them to have cisgender role models. Everyone deserves to have somebody like them to look up to as they’re growing up. It lets them know that they’re going to be all right. Having a transgender role model means that being trans is not a bad thing and it is proof that it gets better.

How has your relationship with your family affected your career path thus far?
It’s meant that my career path is even possible. Without the support of my parents I don’t know what I’d do. They’re so supportive in everything and they’ve been endlessly helpful in navigating this new world of entertainment with me. They’ve helped me stay on top of things.

Also Read: Jeffrey Tambor Reflects on 'Transparent' Firing: 'I'm Sorry It Ended the Way It Did' 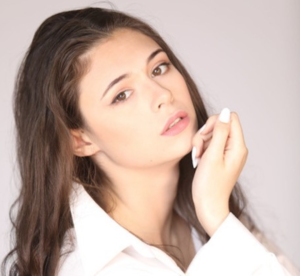 Do you think you’ve inspired other members of the transgender community or be more open and comfortable with who they are?
I think more so my hope is to give the trans community a better opportunity to come out and to live comfortably. I never want anyone to feel like they have to come out, because it should always be someone’s choice to do so. I hope that with Dreamer and with sharing my story, I’ve made people feel like they aren’t alone, and that I’ve helped create an environment where it is safe for them to come out should they choose to.

What advice do you have for other transgender people who are maybe struggling to come out?
Don’t rush yourself. I don’t ever want someone to feel like they’re wrong for choosing not to come out, or for coming out and having people not accept them. Your identity is entirely yours and you owe it to nobody. That said, if you want to come out, and you’re struggling, try with just a couple of people at a time. No need to come out to everyone all at once. And something that helped me a lot was putting feelers out there. Testing the waters, as it were. I’d kind of get a feel for how someone felt about gay rights, then trans rights. See what that person’s politics were and then decide if I thought it was safe to come out to them.

You’ve already changed history, what’s your next step?
Oh jeez, I don’t know. For now, I’m just kind of focusing on my acting and having a good time running around in a mask pretending to fight bad guys. I’m very happy with where I am and I’d like to just keep doing this as long as I can, because I’m having a blast!

”Buffy the Vampire Slayer’s“ ”Once More With Feeling“ is legendary, but did you know ”Supernatural“ also did a song and dance episode?

The stars of "Supergirl" and "The Flash" get together to lend their musical talents to the Arrowverse's first musical episode. But "Glee" aside, Grant Gustin and Melissa Benoist are two-stepping down a road well-traveled. Here are some other great musical episodes in TV history.
View In Gallery
BIO Emily Vogel
WrapWomen LA is a community of ambitious, engaged and connected female professionals, dedicated to leading full, fulfilled and fun lives. We put our thoughts in this blog. You can add yours too.