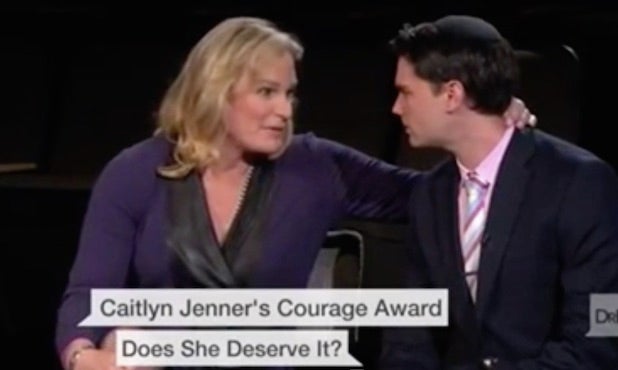 The two engaged in a heated exchange on HLN last week over whether Caitlyn Jenner deserved to be awarded ESPN’s Arthur Ashe award for courage.

After Shapiro repeatedly called Tur, a transgender woman, “sir,” Tur threatened him: “You cut that out now, or you’ll go home in an ambulance.”

Shapiro explained why he filed the police report to Breitbart.

“Just because the left has designated someone a member of the victim class does not mean that that person gets to infringe the rights of others,” he said of his report. “Until the left learns that, their aggression will not stop.” Shapiro also said that he had spoken with a detective at LAPD, and that he would be pursuing any possibility of charges regarding alleged criminal threats.”

Watch the original segment below