Not everything with vampires has bite.

"New Moon" may have taken in $142.8 million its first weekend in release, but R-rated indie horror spoof “Transylmania” gained the distinction of having the worst domestic premiere in history, for movies debuting in more than 1,000 theaters.

Just how bad was it? 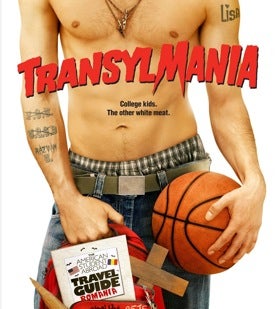 Released in 1,007 locations, the lightly promoted, low-budget movie — about a group of college kids who get into spooky adventures in Romania — took in just $274,000.

That bested (or is it “worsted”?) the all-time-low mark set by 1991 indie feature “Rich Girl,” according to Box Office Mojo. For movies released in at least 600 venues, “Transylmania” ranked third, behind New Market’s 2005 “recut” of “The Passion of the Christ” and 2008 indie drama “Proud American.”

For Full Circle Releasing, a company set up by directors Scott and David Hillenbrand to distribute “Transylmania” domestically, the ignominy included a 0% score by movie-review aggregator Rotten Tomatoes — although, admittedly, only 14 reviews were tabulated.

Promotion of the movie, shot on location in Romania and brokered at the American Film Market last year, was also extremely limited.

Meanwhile, in the realm of self-distributed movies, the old saying, “Success has many fathers, but failure is an orphan” applies with prejudice.

The main number listed for the Hillenbrands’ Los Angeles-based production company yielded a fax machine Monday. Calls to Gleason and several of the other producers have not been returned .

And managers for key talent in the film didn’t offer a lot of information about how “Transylmania” — a third-part sequel to a franchise that had been distributed primarily on DVD in the past — wound up getting a theatrical window in the U.S.

“I don’t know anything about it,” said Adam Griffin, who reps film stars Patrick Cavanaugh, and Natalie and Nicole Garza.

For their part, the Hillenbrands had directed the two previous films in the college-aged-raunch-themed series, 2003’s “National Lampoon’s Dorm Daze” and 2006’s “Dorm Daze 2,” both of which star Cavanaugh (now a regular bit player on AMC’s “Mad Men”).

The latter was distributed by Lionsgate on DVD, and did relatively brisk business in Russia, grossing a reported $371,550.

While the Hillenbrands were hard to reach Monday, they did grant an exclusive interview with journal Independent Film prior to the release of “Transylmania.”

“We picked a release date to be three weeks after ‘New Moon,’ hoping that every one will have really enjoyed the ‘New Moon’ experience and they’ll be ready to step back and watch the first vampire comedy that’s poking fun at the genre,” said Scott Hillenbrand.

Regarding the decision to release the movie on their own, he added: “These days, there’s less brand identification with studio films like the way it used to be. The audiences are interested in the product and don’t care which studio is releasing.”