Trevor Jones, a former contestant on Bravo’s “Millionaire Matchmaker,” died of “a sudden Vascular Ehlers Danlos Syndrome event,” on Oct. 9. He was 34 at the time of his death.

Jones’ friend and business partner Travis Lubinsky, who was featured with Jones on CNBC’s “The Profit” in 2017 for their company Flex Watches, shared the news of his passing in an Oct. 15 Instagram post, writing, “Trevor Christopher Jones left this world unexpectedly on October 9, 2021 from a sudden Vascular Ehlers Danlos Syndrome event. He lives on through his wife Cherrie, their 6-month-old beautiful baby Finley, his father Chris, and his sister Kaitlin.”

Lubinsky’s post continued: “Trevor was sincere, generous, funny, and always tried to give back. Trevor had a gift where he could make anyone smile, laugh, or feel comfortable with just a look or a few words. He accomplished so many amazing things in his life, but the two that made the greatest impact were marrying his best friend and greatest love, Cherrie, in April 2018 and the birth of his beautiful daughter, Finley, in March 2021. Trevor loved his two girls more than anything in the world and made it a point to make sure everyone knew, too.” 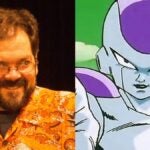 Lubinsky shared a link to a GoFundMe page “set up by friends of the family” in response to Jones’ sudden death, with the money raised to “be provided to Cherrie to help support their daughter, Finley.”

Jones appeared on a 2018 episode of the reality dating series “Millionaire Matchmaker,” being set up with Stephanie Pratt from MTV’s “The Hills” (pictured on the show together in the image above).

“Trevor was one of the nicest daters on the show,” Stanger said. “It’s hard to remember every single dater from the show but I definitely remember him. He was lovely, handsome, and will be missed.”