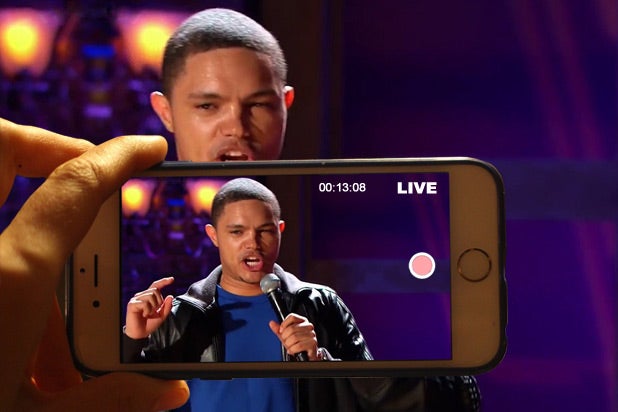 Since the earliest days of storytelling, stand-up remains the oldest form of comedic expression, one that has remained largely unchanged from a performance standpoint throughout technology’s evolution.

But media expansion and platform diversification have changed everything outside the stage, and comedians have been forced to adapt to the disruption. Trevor Noah will navigate the evolving genre on Sunday, when his Comedy Central special, “Lost in Translation,” debuts on traditional linear TV and drops the following day on the CC app. He’s be the latest in a litany of working comics who are learning the new rules of the TV stand-up special.

“A special means a little less than it used to, but it’s still a great thing,” comedian Jim Norton told TheWrap.

The stand-up TV special means less today for the same reason anything on the small screen isn’t as valuable as it once was: competition. In the past, an HBO special often made a career; now it’s more like promotion for a comic’s road show.

But today’s diminishing returns aren’t all negative, Norton said. In his opinion, the excess of cable channels and multiplatform venues takes the power back from the networks when it comes to deciding who “makes it.”

You’d think that’s bad news for Comedy Central’s Original Programming President Kent Alterman, but he’s cool with that reality. “It’s a person who is completely in control of their voice and their point of view, which is the most important thing,” he explained.

Stand-up specials are merely part of a larger ecosystem at his network, serving as both content and development for the Viacom cable channel. There, talent tends to begin with a five-minute set as part of a larger show, graduating to a 30-minute special where appropriate. The cream of the crop eventually get an hour from Comedy Central. Sometimes the development goes even further, as in the success stories of Amy Schumer, Daniel Tosh and Hannibal Burress.

Currently, Comedy Central airs three stand-up series in addition to its popular roasts: “This Is Not Happening” is a single-topic storytelling vehicle; the recently renewed “Meltdown” is a low-tech, documentary-style weekly stand-up special; and “Adam Devine‘s House Party” is a platform for new talent.

Alterman believes stand-up comedy specials will “continue to flourish on linear,” but he sees traditional and new platforms melding together, becoming virtually indistinguishable. Norton agrees that linear TV won’t totally abandon specials, but that they’ll be fewer and farther between as they derive decreasing benefits for both parties.

That said, Norton is sticking with cable for the time being. The popular radio host and author has trended towards a more obscure channel than Comedy Central, however, doing his last three specials on Epix.

“Content-wise, they didn’t try to tell me what to do and what not to do,” he explained.

Plus, so long as it ends up on Netflix — which sort of bridges the gap between TV and digital — who cares if the point of origination is tricky to locate?

However they’ve found it, Norton’s fans have taken to last spring’s “Contextually Inadequate” — a result he’s observed in the clubs. And that’s all that matters, since he sees TV specials mostly as marketing vehicles for tours. Much like musicians, a high percentage of working comics make the vast majority of their cash on the road.

But new ways of making money are emerging. Norton’s friend and “Louie” boss, Louis CK, has been circumventing Hollywood by dropping specials on his own website for $5 apiece. That said, not everyone is as big as CK — or as bold, Norton said.

“He always finds something new because he’s not afraid to bomb doing it,” Norton told us.

For the high risk-averse, there are still options to disrupt the stand-up special. Alterman said that today it’s possible to experiment more from a production standpoint, such as weaving in sketch-like material and animation.

And what Alterman calls the “proliferation of outlets [and] platforms” can still inspire the traditional guys to think outside the box. For example, Comedy Central recently aired its first live special, beaming Brian Regan directly from Radio City Music Hall to TV. The executive says that one “went great,” and sounds open to more experimentation.

Like Alterman probably, Norton is more intrigued by the online options, which is where the future of entertainment is clearly trending.

“If something goes viral and eight million, nine to 10 million people see it — that’s a lot more people than are going to see it on ‘The Tonight Show’ or any other show,” the comic explained towards the end of our Friday interview.

“Eventually, guys will be shooting their own special and just sending it out from their phone,” Norton concluded.