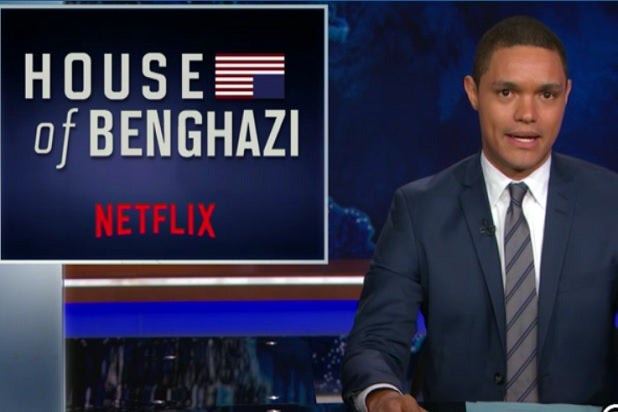 Trevor Noah caught his viewers up on the events surrounding the Benghazi hearing during Thursday’s episode of “The Daily Show.”

“Today Hillary Clinton testified in Congress for nearly 10 hours about Benghazi,” Noah said. “That’s like a whole season of television that the House Select Committee just dropped on us like they were Netflix or something. I watched all of it, because I don’t just Benghazi, I Binge-ghazi.”

He then ran through a brief history of the events leading up to the now eight investigations launched by Republicans, all of which have centered around Clinton.

Noah was also impressed with the way Clinton was able to plug her book, “Hard Choices,” while answering a question. “That is gangster,” he said. “Hillary is promoting her book in the middle of a hearing that could end her political career.”