On Thursday’s episode of “The Daily Show,” Trevor Noah finally found what appears to be the only thing he’s ever agreed with Ted Cruz about: The idea that President Joe Biden’s first speech to congress was boring. Now, unlike Cruz, Noah doesn’t think that’s a knock against the speech at all. But he did suggest that maybe next time Biden could liven things up by hiring an actual DJ to get the crowd hype — and then showed what that would look like.

Of course you’ve probably guessed that the bit was inspired by one of the few genuinely funny things from Biden’s Wednesday night speech, when Texas Senator Ted Cruz fell asleep and got dunked on by pretty much everyone on Twitter. Noah was quick to make it clear he wasn’t going to pile on, by telling people the insult he definitely wasn’t going to say.

“I know what you’re thinking, you think I’m gonna say something like ‘oh that’s weird, I thought lizards slept with their eyes open.'” Noah joked. “But I’m not gonna say that, because honestly, that was the most relatable thing that Ted Cruz has ever done. ‘Cause that speech was boring.” 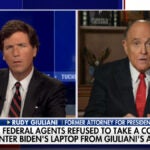 Noah clarified that in his view, a policy speech is “a set of directions,” and that’s supposed to be boring, since interesting directions would also mean a lot of potential chaos. But, Noah said after some more jokes, “we can’t have people falling asleep in the middle of Biden’s speeches.”

“So maybe, just maybe, all he needs is someone to hype them up.” And that’s when he played the clip of what it would be like if that actually happened.

First, the clip showed the part of Biden’s speech where he talked about how his jobs plan could improve the economy, followed by the DJ (played by Noah) saying “Ah yeah, give it up for that economic growth people! You down with GDP?”

Next was the part of the speech where Biden talked about how his jobs plan would create infrastructure. “That’s right, it’s infrastructure time people. The roof, the roof, the roof is on fire, which means we gotta build another roof with sustainable materials, and maybe use some solar panels.

And last, the clip showed Biden talking about adopting trade practices intended to curb intellectual property theft and the decline in U.S. wages. Alas, Noah’s DJ character had fallen asleep by that point.

Watch the whole “The Daily Show” discussion of the speech above. The bit we write about here happens about 6 minutes in.