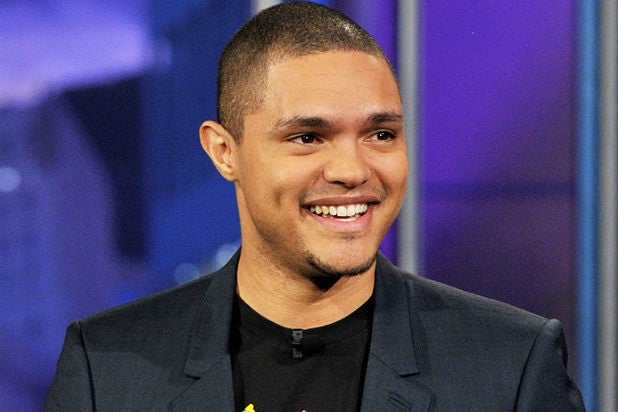 “The Daily Show” newcomer Trevor Noah will be the new host of the Comedy Central flagship after Jon Stewart exits later this year, the channel announced Monday.

Network president Michele Ganeless praised the 31-year-old in a statement:

“Trevor Noah is an enormous talent. He has an insightful and unique point of view, and most importantly, is wickedly funny. For the next host of ‘The Daily Show,’ we set out to find a fresh voice who can speak to our audience with a keen take on the events of the day, and we found that in Trevor. He has a huge international following and is poised to explode here in America, and we are thrilled to have him join Comedy Central.”

Jon Stewart also lauded Noah: “I’m thrilled for the show and for Trevor. He’s a tremendous comic and talent that we’ve loved working with … In fact, I may rejoin as a correspondent just to be a part of it!!!”

The biracial South African made his debut on the program in December, making just three appearances. He tweeted Monday, emphasizing nobody can replace the legendary Stewart.

No-one can replace Jon Stewart. But together with the amazing team at The Daily Show, we will continue to make this the best damn news show!

“I never thought I’d be more afraid of police in America than in South Africa,” Noah said in his debut on the show. “It kind of makes me a little nostalgic for the old days, back home.”

Speaking to The New York Times, Noah said he was still in shock over his ascension to host.

“You don’t believe it for the first few hours,” he told the Times about his new role. “You need a stiff drink, and then unfortunately you’re in a place where you can’t really get alcohol,” he continued, speaking from Dubai.

Noah was raised in Soweto, a township near Johannesburg in South Africa during the era of Apartheid. “There was literally nobody like me in the area. There was nobody who looked like me,” said the comedian, who has a black South African mother and white Swiss-German father.

“My mom used to get arrested for being with my dad,” Noah revealed on The Artie Lange Show in 2013. “She would get fined. She would spend weekends in jail.

Beginning his career as a teen actor, Noah starred in a soap opera in his homeland, as well as performing standup, and hosting TV and radio shows.

He went on to became the first comic from South Africa to perform on “The Tonight Show With Jay Leno” in 2012, and then appeared on “Late Night With David Letterman” in 2013.

Noah was first introduced on “The Daily Show” in a segment called “Spot the Africa,” in which he talked about the shooting of unarmed teen Michael Brown in Ferguson, Missouri, and has since impressed both his bosses and the network.