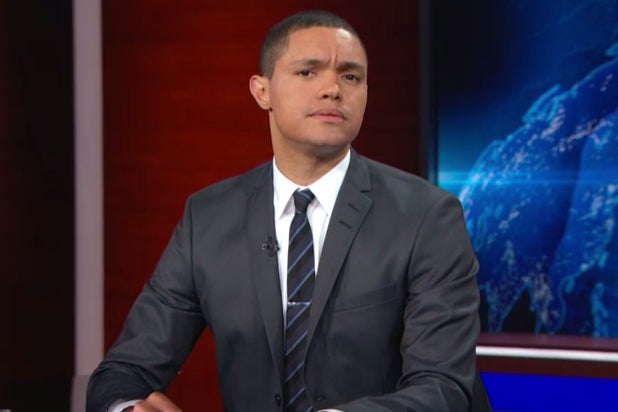 Trevor Noah is warning the American public of the dangers of becoming more divided in the wake of the election of Donald Trump.

In an op-ed Monday for The New York Times, the host of Comedy Central’s “Daily Show” relayed his experiences as a mixed-race child growing up in South Africa under apartheid — and reflected on the similarities to the current political climate in the U.S.

“Instead of speaking in measured tones about what unites us, we are screaming at each other about what divides us — which is exactly what authoritarian figures like Mr. Trump want: Divided people are easier to rule,” he said. “That was, after all, the whole point of apartheid.”

Noah invoked the philosophies of Nelson Mandela, who helped negotiate the end of apartheid in South Africa by bringing moderation to extremist views rather than allow the country to become even more divided. “If Mr. Mandela’s efforts had failed, South Africa’s peaceful transition to democracy would never have come to pass,” Noah wrote.