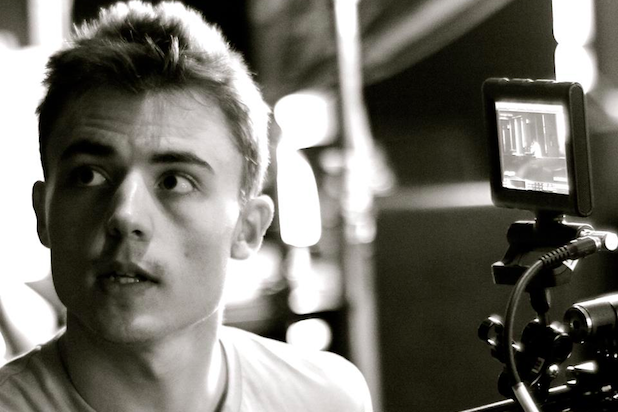 Trevor Stevens has signed on to make his feature directorial debut with “Rock Steady Row,” which has just been greenlit by Supergravity Pictures, TheWrap has learned.

Bomani J. Story wrote the script, based on a story he conceived with Stevens.

“Rock Steady Row” follows a college freshman who arrives on campus and has his bike promptly stolen, forcing him to take action against the university’s reigning fraternities and ultimately, its dean.

Also Read: James Ponsoldt to Write, Direct 'I Want My MTV' for A24

“Imagine ‘Kung Fu Hustle’ intermingled with ‘A Fistful of Dollars’ and a sprinkling of ‘PCU.’ That’s this film. And in Trevor’s hands there’s no doubt it will be something special,” said Supergravity founder Max Benator.

“The characters and world that Bomani and Trevor have created here just leap off the page. They are absolutely the kind of original new voices in film that we built this company to champion,” continued Supergravity founder Marc Hustvedt.

“I’ve always wanted to make a spaghetti western in a modern day setting. This project is one that Bomani and I are very passionate about and are beyond grateful that Supergravity is giving us the opportunity bring to life,” added Stevens, who recently graduated from Chapman University’s Dodge College of Film and Media Arts.

Supergravity plans to release “Rock Steady Row” through a distribution method it continues innovate and improve upon, which consists of demand-based theatrical screenings worldwide alongside a global direct-to-consumer digital release on top VOD platforms, including iTunes. Supergravity’s senior VP Cody Zweig (“The Lazarus Effect”) will oversee the project for the company.

Stevens and Story are represented by Luber Roklin Entertainment, while Stevens is also repped by the law firm of Morris Yorn.