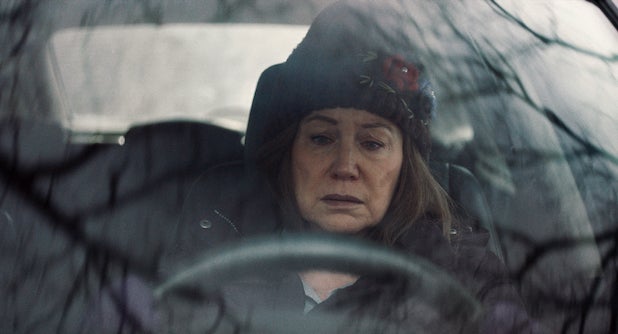 The film, which had its world premiere at the festival, is about a devoted friend and caretaker,  Diane, who is left to reckon with past choices and long-dormant memories as those around her begin to drift away in the last quarter of her life.

“After careful consideration we have chosen a film that we believe encompasses the beauty, aesthetic, as well as the powerful themes of love, struggle, life, death, and womanhood that are the spirit of this year’s Festival,” the jury said in detailing its decision.

The Nora Ephron Award went to writer and director Nia DaCosta for her film “Little Woods,” starring Tessa Thompson. The award was created six years ago to honor excellence in storytelling by female writers and directors who embody the spirit and boldness of the late filmmaker.

Also Read: 'Diane' Film Review: Mary Kay Place Is Spellbinding as a Woman Whose Life Has Slipped Away

“It is rewarding to honor films that tell important stories and moved our juries in profound way,” commented Jane Rosenthal, CEO, Executive Chair, and Co-Founder, Tribeca Film Festival. “Whether they excite, incite, inspire or simply entertain, it is a privilege to launch this worthy group with this special honor at Tribeca.”

“Diane,” directed and written by Kent Jones. Produced by Luca Borghese, Ben Howe, Caroline Kaplan, Oren Moverman. (USA) – World Premiere. Diane is a devoted friend and caretaker,  particularly to her drug-addicted son. But as those around her begin to drift away in the last quarter of her life, she is left to reckon with past choices and long-dormant memories in this haunting character study. With Mary Kay Place, Jake Lacy, Estelle, Andrea Martin, Deirdre O’Connell, Glynis O’Connor, Phyllis Somerville, Joyce Van Patten.

“O.G.,” directed by Madeleine Sackler, written by Stephen Belber. Produced by Madeleine Sackler, Boyd Holbrook. (USA) – World Premiere. An inmate entering the final weeks of a twenty-plus-year sentence must navigate between old loyalties and a new protégé, while he also grapples with the looming uncertainty of his return to life outside bars. With Jeffrey Wright, William Fichtner, Theothus Carter, Mare Winningham, Boyd Holbrook, David Patrick Kelly.

“Obey,” directed and written by Jamie Jones. Produced by Emily Jones, Ross Williams. (UK) – World Premiere. In the midst of the London riots, Leon grapples with the stark reality of his life and his relationship with his alcoholic mother while falling in love for the first time. With Marcus Rutherford, Sophie Kennedy Clark, Sam Gittens, T’Nia Miller, James Atwell.

“Smuggling Hendrix,” directed and written by Marios Piperides. Produced by Janine Teerling, Marios Piperides, Thanassis Karathanos, Martin Hampel, Costas Lambropoulos. (Cyprus, Germany, and Greece) – World Premiere. Though caught between the mob and border patrol, washed-up musician Yiannis must put his plans to leave Cyprus on hold his when his beloved dog escapes across the wall to the island’s Turkish side. With Adam Bousdoukos, Fatih Al, Vicky Papadopoulou, ?-zgür Karadeniz.

“To Dust,” directed by Shawn Snyder, written by Shawn Snyder, Jason Duran. Produced by Emily Mortimer, Alessandro Nivola, Ron Perlman, Josh Crook, Scott Lochmus. (USA) – World Premiere, Feature Narrative. Traumatized by the death of his wife, a Hasidic cantor obsesses over how her body will decay. He seeks answers from a local biology professor in this, unlikeliest of buddy comedies. With Geza Rohrig, Matthew Broderick.

“Late Afternoon,” directed and written by Louise Bagnall. (Ireland) – New York Premiere, Short Narrative. Disconnected from the world around her, Emily drifts back through her own memories, looking to her past in order to fully embrace her present. With Fionnula Flanagan, Niamh Moyles, Lucy O’Connell, Michael McGrath.

“The Life of Esteban (Het Leven van Esteban),” directed and written by Inès Eshun. (Belgium) – International Premiere, Short Narrative. Esteban, a future Olympic swimmer, has grown up with a single mother and doesn’t know who his father is. As he searches for his identity in this poetic short film, he determines swimming is a metaphor for life itself. With Noah Mavuela, Mathis Mavuela, Joshua Tassin, Tine Cartuyvels, Goua Grovogui, Lamine Diouf. In Dutch with English subtitles.

“Notes from Dunblane: Lessons from a School Shooting,” directed by Kim Snyder. (USA) – World Premiere, Short Documentary. Following the Sandy Hook Massacre, a priest from Dunblane, Scotland reaches out to Father Bob offering support 16 years after a school shooting in his own town. The men bond over personal trauma and responsibilities… In the aftermath the UK reformed its gun laws; the US responded with inaction. With Monsignor Bob Weiss, Monsignor Basil O’Sullivan.

This powerfully immersive, large-scale, multi-sensory installation explores humanity in our modern era of civilian warfare. When everyday life is disrupted by a barrel bomb falling from the sky, provoking a profound crisis in this vérité virtual-reality experience, only connection among humans can inspire hope, and participants must embark on a visceral hero’s journey. Cast: Masoume Khonsari, Perla Daoud, Samer Sakka, Sam Sako, Said Faraj, Sue Shaheen