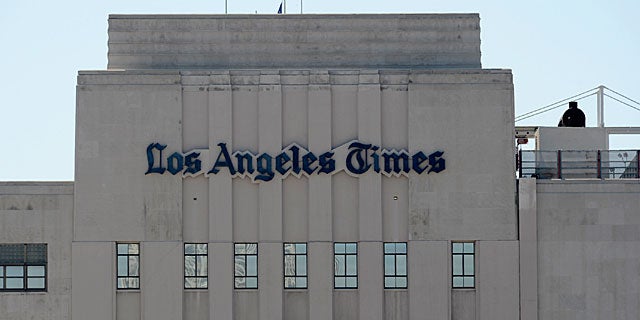 Tribune Co. has hired investment bankers to sell off its newspaper unit, which includes The Los Angeles Times and Chicago Tribune, according to a person familiar with the situation.

The company has hired Evercore and J.P. Morgan to run an auction for the newspapers, the person said.

A move to sell the newspapers has been widely expected since Tribune emerged from a four-year bankruptcy process late last year.

Tribune's new chief executive and some of its board directors have broadcasting backgrounds. CEO Peter Liguori, for instance, held top jobs at Discovery Communications and Rupert Murdoch's News Corp.

Tribune's TV operations are estimated to account for $2.85 billion of the company's $7 billion valuation, while its publishing assets are estimated to represent $623 million, according to a report by its financial adviser Lazard. The rest of the value resides in other assets, including its 30 percent stake in the Food Network and its cash balance.

Tribune's newspaper portfolio includes a number of major dailies, which are profitable despite declines in readership and advertising.

Still, the newspaper sector has heated up in recent months as several properties have been sold or are on the block. The New York Times Co last week said it hired Evercore to sell The Boston Globe and related properties.

CNBC first reported on Tribune's hiring of the banks.