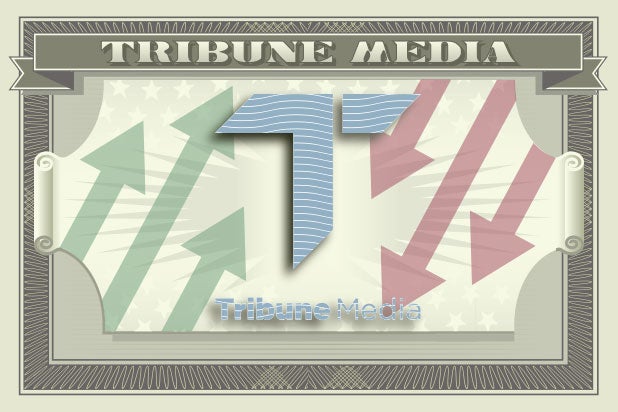 Tribune Media unveiled its fourth-quarter and full-year 2015 financials on Monday, topping Q4 earnings per share by 8 cents. The company also beat on revenue for the three-month period — but that doesn’t mean the morning was all good news.

The Peter Liguori-led company announced plans to potentially sell off even more assets than it already had been, and the board of directors has hired Moelis & Co. and Guggenheim Securities as financial advisors. Tribune Media will also explore new partnerships.

“The strategic and financial alternatives under consideration include, but are not limited to, the sale or separation of select lines of business or assets, strategic partnerships, programming alliances and return of capital initiatives,” the media release read.

“The Board of Directors and management remain focused on maximizing shareholder value,” Bruce Karsh, chairman of the Board of Directors, said. “We believe that the value of the portfolio of businesses of Tribune Media is not fully reflected in the stock price and intend to explore ways to unlock value by reviewing strategic alternatives. At the same time, we remain committed to achieving strong operational performance across our businesses.”

Wall Street had forecast quarterly earnings per share (EPS) of $0.55 on $543.07 million in revenue, per Yahoo Finance. Zacks figured EPS would be a penny higher than that estimate. In the end, EPS was $0.63 on $547.61 million in revenue.

“Turning to our results for 2015, revenues grew solidly year-over-year, and we delivered strong Adjusted EBITDA despite the off-cycle political year and various programming initiatives,” added Tribune Media President and CEO Peter Liguori. “These positive results were driven by core advertising growth across our television group, substantial increases in retransmission consent and carriage fee revenues and continued vigilance on expenses. Importantly, we were able to return more than $1 billion to shareholders last year.”

“We are pleased to report that 2016 is off to a good start. Core advertising continues to pace well, and the early trends in political advertising give us confidence,” Liguori concluded. “We expect strong revenue and Adjusted EBITDA growth this year.”

There was a lot going on at Tribune for an early Monday morning after the Oscars. In addition to all that potential sales talk, Liguori entered into a new two-year employment agreement today, the company said. Plus, Tribune Media has named Chandler Bigelow executive vice president and chief financial officer, removing the interim tag. Finally, General Counsel Eddie Lazarus has been named chief strategy officer.

Tribune has been attempting to sell Chicago’s Tribune Tower and at least part of the Los Angeles Times’ physical location.

Tribune Media executives will host a conference call at 8:30 a.m. to discuss the financial results and future plans.