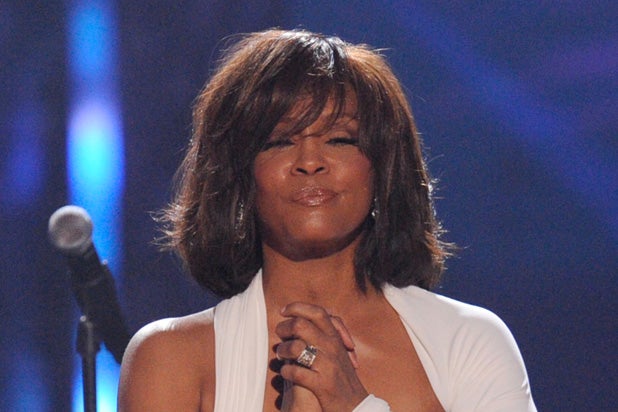 After a fierce bidding war between multiple studios and streamers, Sony Pictures and TriStar Pictures have won musical biopic “I Wanna Dance With Somebody,” based on the epic life and music of iconic singer Whitney Houston, for a Thanksgiving 2022 release, according to an individual with knowledge of the project.

“The Photograph” director Stella Meghie is set to direct the film with the support of Houston’s estate.

Anthony McCarten, the screenwriter behind “Bohemian Rhapsody,” is writing the script that’s meant to cover her prime as a performer, including her work on “The Bodyguard” and her legendary performance of the national anthem at the 1991 Super Bowl, while alluding to her tragic death in 2012. The film will also feature many of Houston’s hit songs.

Also Read: Whitney Houston Biopic 'I Wanna Dance With Somebody' in the Works From Director Stella Meghie

Grammy-winning music producer Clive Davis, who signed Houston to Arista Records when she was 19, is producing the film along with Primary Wave Entertainment and Pat Houston on behalf of the Houston estate. Davis is producing on behalf of Primary Wave along with Larry Mestel, Denis O’Sullivan,  and Jeff Kalligheri who are also financing the biopic via Compelling Pictures. McCarten is also producing on behalf of his Muse of Fire Productions banner. Primary Wave Music is a partner of the Whitney Houston estate. Nicole Brown, Shary Shirazi, and Brittney Morrisey will oversee the project for TriStar Pictures.

“Whitney just makes you want to get out of your seat and sing and dance! She is anthemic in every way,” Nicole Brown, head of TriStar Pictures, said in a statement to TheWrap. “Anthony McCarten has bottled that up in his masterful screenplay bringing this beloved legend to life in a way we’ve never seen her – funny, exhilarating, aspirational, complex and incredibly human. Add to that Stella Meghie, a diehard fan, who is so gifted at telling beautiful, modern, feminine tales. With the guidance of Pat Houston, the legendary Clive Davis, Larry Mestel, Denis O’Sullivan, and Jeff Kalligheri, we have the absolute dream team to create the ultimate celebration of Whitney’s incredible life and musical achievements.”

“It is thrilling to have the opportunity to bring such an extraordinary global icon to life on the big screen,” added Josh Greenstein, Sony Motion Picture Group president. “Musically-driven films have always held a special place in theaters and this remarkable story will help further our fierce commitment to the theatrical experience.”

“From all my personal and professional experience with Whitney from her late teenage years to her tragic, premature death, I know the full Whitney Houston story has not yet been told,” said Clive Davis. “I am so glad that Anthony McCarten has committed to a no holds barred, musically rich screenplay that finally reveals the whole Whitney whose vocal genius deeply affected the world while she bravely battled the demons that were to be her undoing.”

“Whitney Houston is peerless. Her voice continues to give me courage,” added Medhie. “Thank you to Tom, Josh and Nicole at Sony and TriStar Pictures for joining our team to lift Whitney up with love around the world.”

Guinness World Records has credited Houston as the most-awarded female artist of all time. She won a Grammy for “I Will Always Love You,” her song from “The Bodyguard.”  She won six more Grammys, won two Emmys, sold over 200 million records worldwide, and all seven of her albums and two soundtrack albums have gone either gold, platinum or multi-platinum, according to the RIAA.

McCarten’s credits include acclaimed biopics “The Two Popes,” “Darkest Hour,” “The Theory of Everything,” and musical biopic “Bohemian Rhapsody,” which earned over $900 million worldwide.

Meghie recently directed “The Photograph” starring Issa Rae and LaKeith Stanfield. Her other credits include “Jean and the Jones,” “The Weekend,” and “Everything, Everything.”

The deal was brokered by CAA Media Finance and Jay Cohen of Gersh on behalf of the filmmakers, they are repped by Evan Krauss at Eisner LLP.