You look like you need a hug. Well, we’ve got good news: “TrollsTopia” is back next month and we can exclusively debut the Season 5 trailer today.

In the sneak peek, Branch (Skylar Astin) is doing some baking, and that pesky Techno Troll DJ still won’t drop that darn beat already. Plus, Poppy (Amanda Leighton) gets excited about everything, including just generally making announcements, as she is wont to do. 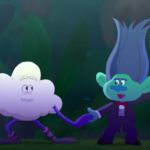 Also Read:
‘TrollsTopia’ Star Skylar Astin Explains Why We Like Cloud Guy So Much

Inspired by the DreamWorks Animation films, “TrollsTopia” is the next chapter in the hair-raising adventures of the trolls, the series logline reads. Now that Poppy knows there are other musical trolls scattered throughout the forest, she bottles up her endless positivity and invites delegates from every troll tribe in the forest to live together in harmony in a grand experiment she calls TrollsTopia!

In TrollsTopia, nothing is more important than parties and friendship! In Season 5, the tiny Trolls welcome a K-Pop girl group on a mission, Holly Darlin’ (Megan Hilty) and Val meet a Bergen for the first time, and Synth and Minuet (Jeanine Mason) take a ride down the “Tunnel of Friendship!” And yes, there will be lots of hugs, dancing, songs and cupcakes.

We’ll try to clear up a little confusion about the “Trolls” universe here. Netflix series “Trolls: The Beat Goes On!” followed the original 2016 movie, “Trolls,” which starred Anna Kendrick as the voice of Queen Poppy and Justin Timberlake as Branch. Then came the “Trolls World Tour” movie, after which the “Beat Goes On!” series essentially moved to Hulu under the title “TrollsTopia.” Now that Peacock is a thing, the two streaming services split the show’s rights. 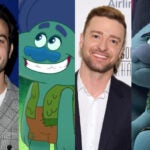 Season 5 of “TrollsTopia” debuts on Peacock and Hulu on Dec. 9.