A large swath of publicly traded media companies held their quarterly earnings calls this week. And, as expected, most reported slides in revenues and profits during the first six months of the year.

A quick recap, for those of you scoring at home:

On Wednesday, Time Warner said profits slid 34 percent, and revenues declined 9 percent during the second quarter – driven down by lower revenues at AOL, Time Inc. and its film businesses. (But the “The Hangover” was awesome!)

On Thursday, debt-ridden Reed Elsevier said that profits plunged 48 percent during the first half of this year, put a large portion of its business-to-business magazines back on the block and replaced the division’s CEO, Tad Smith. (Smith’s bio, however, is still live on RBI’s corporate site.)

Disney posted a 26 percent drop in profits during its fiscal third-quarter from the quarter a year ago due to a decline in revenue at its media networks and theme parks.

Also on Thursday, Martha Stewart Living Omnimedia reported a net loss of $23.2 million through the first six months of the year, with a 29 percent drop in revenues for its publishing group – not a good thing. 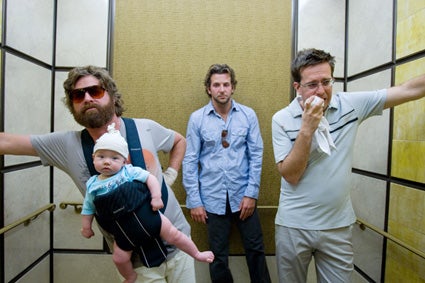 
There are plenty of advantages to operating a public company. Capital is generally available, and expansion and innovation are desirable for the people who publicly finance them. And the approval process for getting deals done and launches off the ground usually includes a lot less red tape.

Unlike privatelyheld media companies, however, public conglomerates like Time Warner and Reed are forced to disclose their dismal financial performances to the world every three months – sometimes, in brutal detail, for everyone, including their employees, to see. Then, a few hours later, they have to talk to Wall Street about what went wrong – a quarterly act of corporate spin that makes White House press conferences look like confession.

These announcements are often followed by swift reaction (read: wrath) of Wall Street. Reed Elsevier’s shares took a 14 percent swan dive on the London Stock Exchange after the company’s outlook for the second half of the year revised downward. And Yahoo’s shares slid 12 percent on Wednesday after the announcement of its search deal with Microsoft.

"People haven’t figured it out," Microsoft CEO Steve Ballmer told investors on Thursday, forced to defend the Yahoo deal a day after he spent an afternoon walking the antitrust tightrope during a public conference call.

It’s just another chamber of the pressure cooker for executives at these companies to navigate. The ones that survive the shareholder lynch mob, that is.