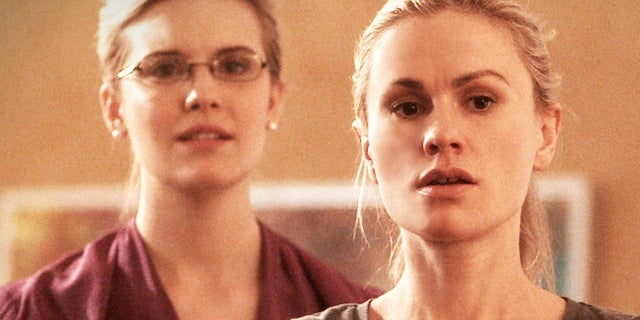 It pays to be friends with Anna Paquin. The new mother and star of HBO's "True Blood" says her close relationship to Jon Avnet paved the way to her starring in the web series, "Susanna."

"He and my husband [Stephen Moyer] have worked together a bunch of times and known each other for many, many years," Paquin told TheWrap.

"Our families are all really close," she continued. "He and I had been talking about wanting to work together at some point. He wrote the first episode of what is now 'Susanna' and showed it to me, and I thought it was wonderful."

"What's incredibly impressive is that it feels like you're shooting a film, which is actually pretty much the same experience I’ve had working on TV for HBO," Paquin said of shooting "Susanna."

"So, I'm not even sure I've experienced real TV in the traditional sense. The people that [Avnet] works with are all filmmakers and in the world of film. Even though they’re tiny segments, the attention to detail and the production value and all the effort that's put into it feels like you're shooting a film."

Also read: 'True Blood's' Todd Lowe on Show's Big Death: 'It Was a Bit of a Surprise'

In order to take part in "Susanna" — in which Paquin plays new mother Katie, who suffers from postpartum depression —  the actress had to shoot her scenes on the weekends while "True Blood" was in production.

Paquin co-starred with Maggie Grace, who played her sister Susanna. An investment banker on the rise, Susanna has to take care of her sister and her child while trying to keep her career from derailing.

"It was pretty intense and upsetting, but, also, I like that," Paquin said. "I like going to work and being challenged."

Watch the first episode of "Susanna" below: