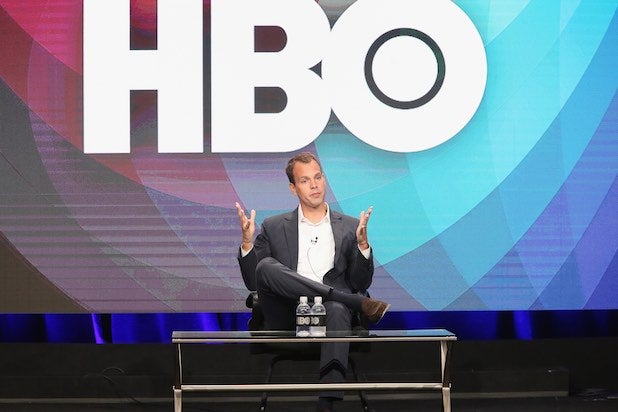 Casey Bloys, the premium cable network’s new president of programming, told reporters during a TCA Summer Press Tour over the weekend that Nic Pizzolatto’s crime drama “is not dead.”

“I’ve talked to Nic about it, and I think both Nic and HBO, we’re open to a third season,” he said. “It’s a really valuable franchise for us. I think both seasons average about 11 million viewers an episode. So not dead. Just I’m not sure we have the right take for a third season yet.”

“True Detective” Season 1, which starred Matthew McConaughey and Woody Harrelson as a pair of Louisiana cops, was a hit with both viewers and critics, while Season 2 notoriously disappointed. The network’s former president of programming, Michael Lombardo, said he blamed himself for the letdown, because he asked creator Pizzolatto to write Season 2 “in a very short timeframe.”

Bloys said that Pizzolatto, who is signed to an overall deal with HBO, still doesn’t have a specific idea for a third season of “True Detective,” and is busy “working on some other projects.”

“We’re open to somebody else writing it, with Nic supervising it,” Bloys said.

Also Read: 'True Detective' May Not Return for Season 3 - But Do Fans Even Care?

Bloys’ update on the future of the series comes a few months after the media reported that the show would not be back.