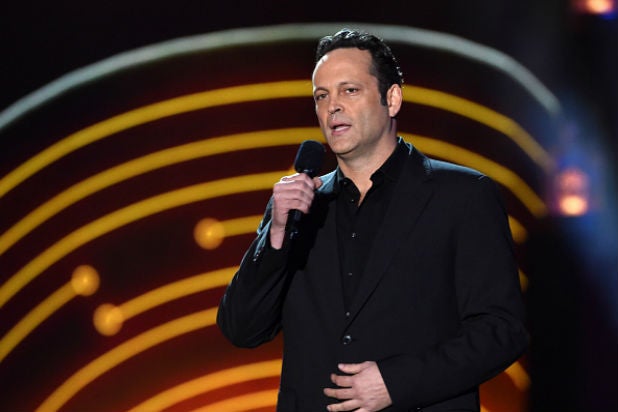 Vince Vaughn called for changes to U.S. gun control laws, stating that he believes firearms should be allowed in schools.

“Banning guns is like banning forks in an attempt to stop making people fat,” Vaughn said in an interview with British GQ. “Taking away guns, taking away drugs, the booze, it won’t rid the world of criminality.”

“You think the politicians that run my country and your country don’t have guns in the schools their kids go to? They do,” he continued. “And we should be allowed the same rights.”

“It’s not about duck hunting; it’s about the ability of the individual,” Vaughn continued. “It’s the same reason we have freedom of speech. It’s well known that the greatest defense against an intruder is the sound of a gun hammer being pulled back.”

The actor also praised the actions of NSA whistleblower Edward Snowden. “Edward Snowden is a hero. I like what he did,” Vaughn said. “My idea of treason is that you sell secrets to the enemy. He gave information to the American people.”

Vaughn also spoke on his recent string of unsuccessful comedy roles. “You become a hired gun doing a very inoffensive PG-13 movie and, well, you kind of just go along with it,” he said. “Like anything in life you’re either growing or you’re dying. When you get too comfortable you start to decline.”