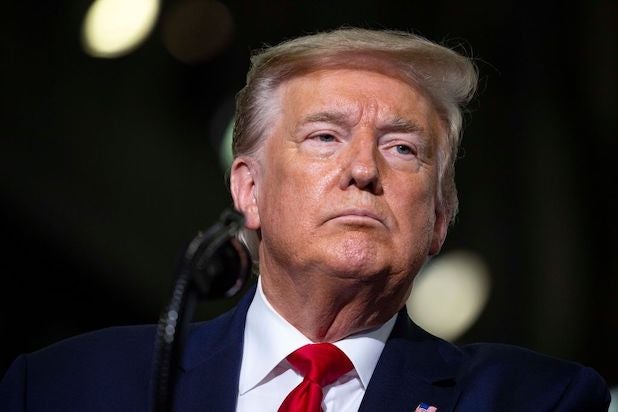 In a call with the country’s governors about the ongoing protests against the killing of George Floyd, President Trump advocated for “retribution” against protesters, calling them “terrorists,” “anarchists” and “radicals.”

“These are terrorists. They’re looking to do bad things to our country,” Trump said of the protesters, according to a recording of the call obtained by the New York Times. “You have to dominate. If you don’t dominate, you’re wasting your time. They’re going to run over you. You’re going to look like a bunch of jerks.”

The president also urged governors to not be “too careful” and arrest protesters and put them in jail for “10 years.”

Also Read: That Time Trump Blamed Riots on 'Weak Leadership in Washington' - in 2014

“It’s a movement. If you don’t put it down it will get worse and worse. … The only time they’re successful is when you’re weak. And most of you are weak,” he added, singling out looting happening in Los Angeles. “Someone throwing a rock is like shooting a gun. You have to do retribution.”

When asked about the phone call on Monday afternoon, Gov. Gavin Newsom said he didn’t want to be part of the “daily back-and-forth” and did not outwardly criticize Trump’s comments.

“I can choose to focus a message that I think is so much more powerful and I hope more resonant for people watching, which is, I care more about them than some of the noise I heard on a morning phone call,” he said.