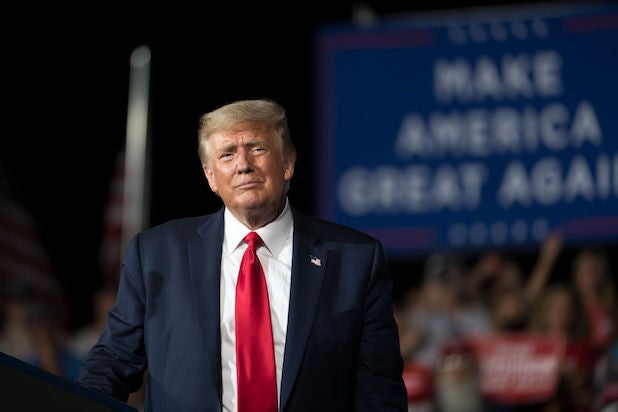 President Trump told the journalist Bob Woodward that he was intentionally downplaying the danger of COVID-19 despite acknowledging how “deadly” the virus was, according to recorded interviews featured in Woodward’s upcoming book, “Rage.”

“To be honest with you, I wanted to always play it down,” Trump told Woodward on March 19, according to audio published in the Washington Post. “I still like playing it down, because I don’t want to create a panic.”

In an interview conducted a month earlier, Trump also said COVID-19 was deadlier than the flu — a stark contrast from the president’s public comments at the time comparing the virus to the seasonal flu.

“You just breathe the air and that’s how it’s passed. And so that’s a very tricky one. That’s a very delicate one. It’s also more deadly than even your strenuous flu,” Trump said during a Feb. 7 call with Woodward. “This is deadly stuff.”

Woodward’s “Rage” will be published next Tuesday and features 18 on-the-record interviews Woodward conducted with Trump from Dec. 2019 to July 2020, according to the Post. The book comes a year after Woodward’s “Fear,” which looked into Trump’s early years in the presidency.