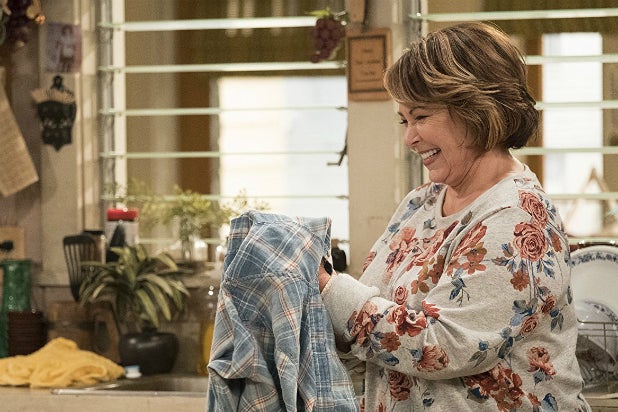 TV Addict-in-Chief Donald Trump called Roseanne Barr to congratulate her on the huge numbers for her “Roseanne” revival — in which her character cheerfully supported Trump.

Trump personally called Barr on the phone to congratulate her on the more than 18 million viewers and to thank her for supporting him, the New York Times reported Wednesday. An anonymous source cited by the Times said Trump is “an obsessive about how TV shows perform,” and was “enthralled” by the success of “Roseanne.”

While no details about the Trump-Barr tête-à-tête were disclosed, according to the Times, White House press secretary Sarah Huckabee Sanders confirmed that Trump made the phone call.

Given Barr’s open support for Trump, the ratings win had many people wondering if Trump voters contributed to the show’s success. Piers Morgan attributed the ratings win to what he called “the enduring power of Trump.”

Tuesday’s night’s premiere of “Roseanne” scored 18.2 million viewers, which not only bested the show’s 1997 series finale, but more than doubled what ABC expected. The episode ended up being Tuesday’s highest-rated entertainment telecast in six years (not counting sports or news), and the best demo number for any sitcom on any night since September 2014.

That’s not quite the 22 million people who tuned in for Anderson Cooper’s interview with Stormy Daniels on Sunday night’s “60 Minutes,” but it’s close enough that it had to feel good for all parties involved.