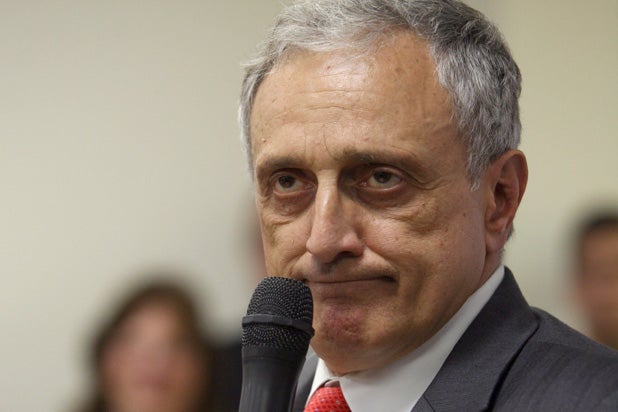 All Carl Paladino wants for Christmas is for President Obama to die. Oh, and he wants Michelle Obama to return to life as a male who lives with a gorilla. Seriously.

“Obama catches mad cow disease after being caught having relations with a Herford [cow, sic]. He dies before his trial and is buried in a cow pasture next to Valerie Jarret, who died weeks prior, after being convicted of sedition and treason, when a Jihady [again, sic] cell mate mistook her for being a nice person and decapitated her,” Paladino said.

“Michelle Obama. I’d like her to return to being a male and let loose in the outback of Zimbabwe where she lives comfortably in a cave with Maxie, the gorilla,” Paladino wrote.

The Buffalo News reached out to the Trump surrogate to confirm whether he actually made the remarks.

“Of course I did,” Paladino told the paper on Friday morning. “Tell them all to go f— themselves.”

Carl Paladino made racist, ugly, reprehensible remarks about the President & First Lady. My wish this season is for unity.
Full statement pic.twitter.com/ZHgsrHmHbp

Paladino told the Buffalo News that he made the statements because of Obama’s response to the crisis in Aleppo. He also called Obama the worst president in history and criticized him for “putting criminals back on the streets.”

“Yeah, I’m not politically correct,” he told the paper. “They asked what I want and I told them.”

A representative for Donald Trump did not immediately respond to TheWrap’s request for comment.

Paladino’s comments have drawn a torrent of Twitter backlash:

When asked if these are his actual comments in @artvoice article, @CarlPaladino says, "Of course they are." pic.twitter.com/smpMyLjgAC

.@SBURugby Will you speak up to protest of the vile and racist remarks by Trump campaign manger &91 alumnus of the yr, Carl Paladino?

Here's why Carl Paladino feels empowered to say what he says, because the Buffalo area is filled with people like him.

Carl Paladino…wishing you heart attacks & falls down stairs for Christmas. No one will miss you. pic.twitter.com/kEnVyLZXOV

What no one mentions in their "OMG Carl Paladino is so nakedly racist" stories is that he was the GOP nom for NYS gov just 6 yrs ago. Yeah.

All I want for Christmas is a deportation order for@CarlPaladino

In next election, @CarlPaladino would probably lose to Pizza Rat.

Carl Paladino has an ugly heart.

How many psychiatrists are required to involuntarily commit this jackass @CarlPaladino? Seems like he's a slam dunk. https://t.co/ELYlLAlKPn