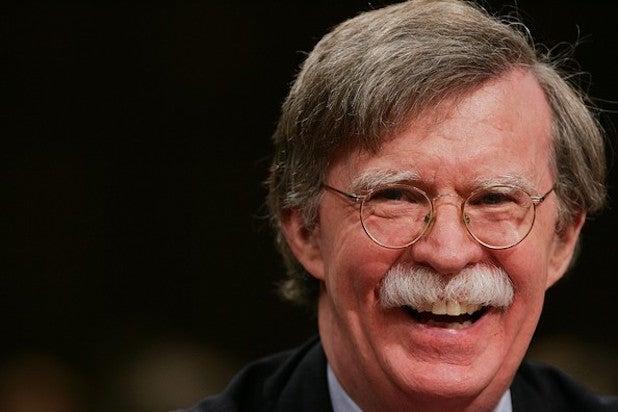 “I pleased to announce that, effective 4/9/18, @AmbJohnBolton will be my new National Security Advisor,” Trump wrote. “I am very thankful for the service of General H.R. McMaster who has done an outstanding job & will always remain my friend. There will be an official contact handover on 4/19.”

Bolton, a Fox News on-air fixture for more than a decade, has been rumored for weeks to be Trump’s choice to replace McMaster. White House press secretary Sarah Sanders outright denied that Trump would replace McMaster on March 15, but according to the New York Times Bolton was just one of a list of candidates to do just that.

“The two have been discussing this for some time,” an unnamed White House official told CNN. “The timeline was expedited as they both felt it was important to have the new team in place, instead of constant speculation.”

A known foreign policy hardliner, Bolton has been criticized for hawkish views that have included calls for military attacks on North Korea and Iran, and for his ties to anti-Muslim organizations. That reputation was even a point of discussion as he vied for the job, according to CNN White House correspondent Kaitlan Collins. Citing unnamed sources, Collins said on Twitter that “Bolton promised Trump ‘he wouldn’t start any wars/ if he selected him as the new national security adviser.”

In  a statement  Thursday McMaster said he was retiring form the the U.S. Army after 34 years “effective this summer.”

“Throughout my career it has been my greatest privilege to serve alongside extraordinary servicemembers and dedicated civilians,” McMaster said. “I am thankful to President Donald J. Trump for the opportunity to serve him and our nation as national security advisor. I am grateful for the friendship and support of the members of the National Security Council who worked together to provide the President with the best options to protect and advance our national interests.”

Bolton will become Trump’s third National Security advisor in 14 months. Lt. Gen. Michael Flynn resigned just 24 days into his job, after it was revealed that he misled Vice President Mike Pence about his communications with the Russian ambassador to the United States in December of 2016.

I am pleased to announce that, effective 4/9/18, @AmbJohnBolton will be my new National Security Advisor. I am very thankful for the service of General H.R. McMaster who has done an outstanding job & will always remain my friend. There will be an official contact handover on 4/9.