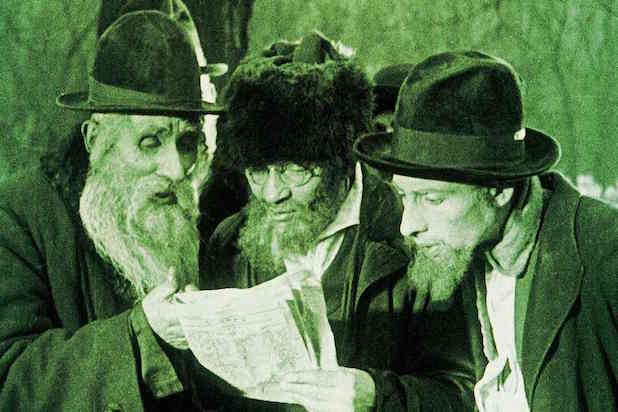 “The City Without Jews,” a 1924 Austrian silent film that predicted the Nazi persecution of Jews, will be digitally restored and re-released in Vienna for the first time since it was lost more than 90 years ago.

“The message we want to send out is that this is not just a film about the past, but an anti-Nazi statement,” Nikolaus Wostry, director of collections at the Austrian Film Archive told The Guardian.

Based on a novel by Hugo Bettauer, the movie tells the story of a city suffering from economic decline whose politicians push for the expulsion of the local Jewish population, only to watch the city descend further into ruin.

A spokesman for the Austrian Film Archive did not immediately respond to TheWrap’s request for comment, but the organization told The Guardian that the campaign received a major donation from an anonymous American-Jewish foundation following Donald Trump’s win in the U.S. presidential election.

The movie was recently found by chance at a market in Paris and will be digitally restored and aired with a new live score thanks to a crowdfunding campaign by the AFA. The campaign raised nearly $80,000 days in what is being called the most successful crowdfunding attempt ever in Austria’s culture sector.

Interestingly, the film was produced almost a decade before Adolf Hitler’s rise to power, while the Nazi party was still banned and Hitler was busy writing “Mein Kampf” in a Bavarian prison. Bettauer was murdered by a Nazi after the film’s release and the original footage disappeared during World War II.

Also Read: How My Holocaust-Survivor Father Feels About President Trump

The film’s eerily prescient plot focuses on Utopia, a city whose “Ayran” population celebrates the departure of its Jews with fireworks. But the town then suffers economic instability as cafes turn into beer halls, shops go from selling urban fashion to folk costumes and foreign countries sever their trade agreements.