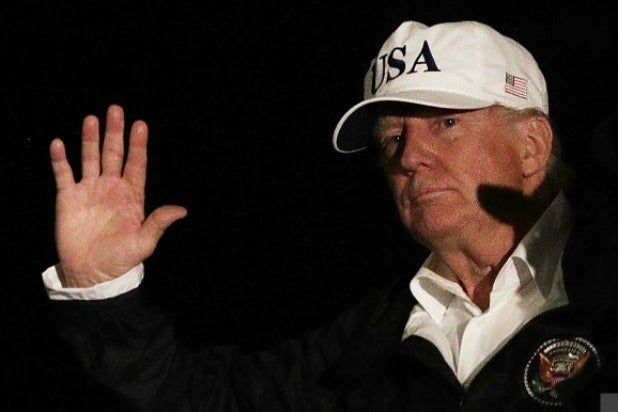 Many in Donald Trump’s base are mad at him, and he’s trying to get them to be mad at antifa instead.

Conservatives from Ann Coulter to Laura Ingraham are furious that Trump is reportedly pursuing a DACA deal with Democrats to let people who were brought to the U.S. illegally as children to stay in the country.

That was the story all morning Thursday. In the afternoon, Trump was asked about his meeting Wednesday with Sen. Tim Scott of South Carolina, the only African-American Republican senator, in which they talked race relations.

“We had a great talk yesterday,” Trump said, according to NPR. “I think especially in light of the advent of antifa, if you look at what’s going on there, you know, you have some pretty bad dudes on the other side also. And essentially that’s what I said.”

Antifa is an anti-fascist movement that is willing to use violence to fight Nazis and white supremacists. Many on the right have used the group and Black Lives Matter to suggest some kind of equivalency between white supremacists and the people who oppose them.

Trump was roundly criticized for saying there was “blame on both sides” after white supremacists and counter-protestors gathered last month in Charlottesville, Virginia. One woman was killed and many people were injured by a driver who was reported to be a Nazi sympathizer.

Trump soon called out white supremacists, but has since lapsed into blaming both sides, as he again did on Thursday.

It looked like a pretty obvious strategy to Washington Post columnist Eugene Robinson, who tweeted: “Guess Trump doesn’t like the way his DACA deal is playing with the base: Reprises ‘both sides’ to change the subject.”

Guess Trump doesn't like the way his DACA deal is playing with the base: Reprises "both sides!" to change the subject.