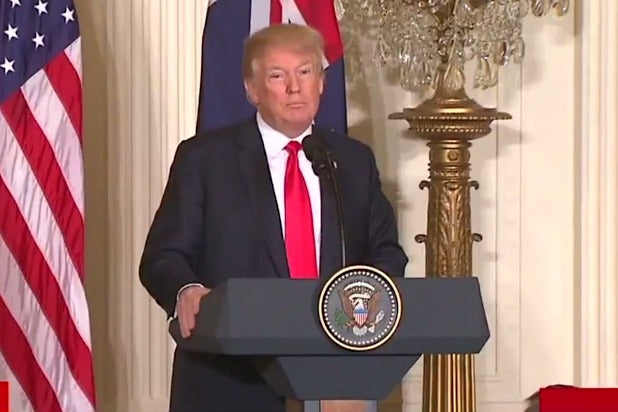 President Donald Trump doubled down on his remarks earlier this week, suggesting that some teachers should be armed with concealed weapons, while adding that security guards in schools who are currently charged with school safety “don’t love the children” the way teachers do.

“Frankly, you had a gun and he was outside as a guard and he decided not to go in,” Trump told reporters Friday afternoon during a joint White House press conference with Australian Prime Minister Malcolm Turnbull.  “That was not his finest moment, that I can tell you.”

Trump was likely referring to reports that an armed security officer was on campus during the Parkland, Fla., shooting last week, but never went inside the high school or tried to engage the gunman during the attack, according to a Florida sheriff. The officer, who was an employee of the Broward County Sheriff’s Office, has since resigned.

“He waited and he didn’t want to go in to the school,” Trump said. “I just heard this and it’s a terrible situation but we need people that can take care of our children. We’re not going to let that happen again. “

Trump then suggested that teachers adept in gun use would be better at protecting students than security guards because unlike the teachers, guards don’t “love the children.”

Trump has been under intense scrutiny following the South Florida shooting that left 17 students dead.