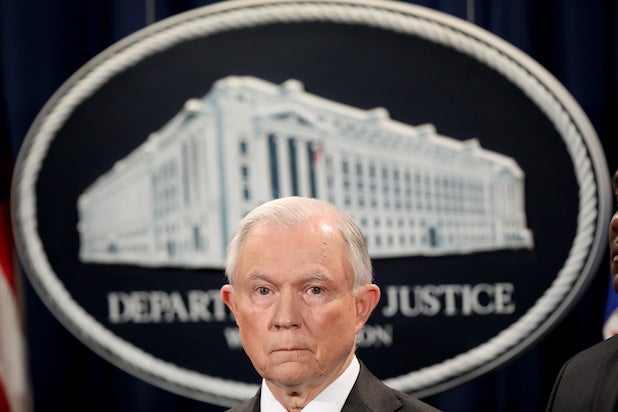 Jeff Sessions felt so humiliated by President Trump chewing him out in May that he submitted a letter of resignation, which Trump rejected, the New York Times reported Thursday.

According to the Times, Trump blamed Robert Mueller’s appointment as special counsel on Session’s decision to recuse himself from the Russia probe.

At one point Trump accused Sessions of “disloyalty,” calling him an “idiot” to his face. He also said appointing Sessions as attorney general was the worst decision he ever made, which according to the Times, left Sessions “ashen and emotional.” The uncomfortable interaction between the pair recounted in interviews with seven administration officials and others familiar with the interactions between, the newspaper stated.

Sessions told the president he would quit and even sent the White House his resignation letter, later telling associates that the president’s barrage of insults was the most humiliating experience in decades of public life.

The incident appears to have taken place on May 17, after White House counsel Don McGahn was informed that Rosenstein had decided to appoint Mueller. McGahn then told Trump, who immediately flew into a rage at Sessions.

But soon after the incident Trump’s top advisers — including Vice President Mike Pence, then-chief strategist Steve Bannon, and then-chief of staff Reince Priebus — intervened on Sessions’ behalf and convinced the president that accepting his resignation would only create more chaos.

Soon after the May meeting, Trump told the Times that he never would have appointed Sessions to be attorney general if he knew he would recuse himself from the investigation.

Sessions’ colleagues told the Times that he decided to stay on because he believes he has a rare opportunity to crack down on illegal immigration.