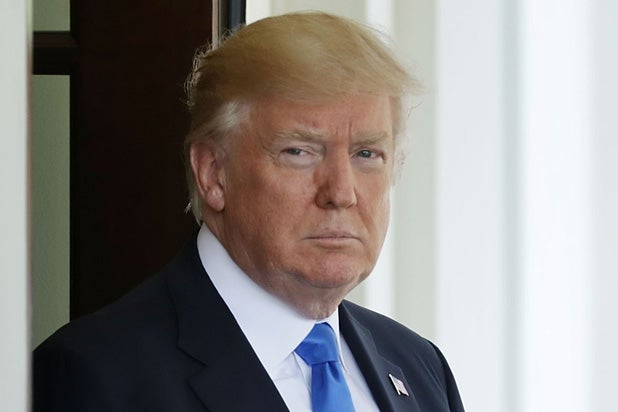 In the essay, Coates outlines the ways that Trump has used white power to rise to the presidency himself, and, once in the White House, to undercut the success of President Barack Obama.

“It is often said that Trump has no real ideology, which is not true — his ideology is white supremacy, in all its truculent and sanctimonious power,” Coates says in the essay.

Coates provides examples of Trump’s hypocrisy when it comes to making claims about other races: “Trump inaugurated his campaign by casting himself as the defender of white maidenhood against Mexican ‘rapists,’ only to be later alleged by multiple accusers, and by his own proud words, to be a sexual violator himself.”

“In Trump, white supremacists see one of their own,” Coates writes. “Only grudgingly did Trump denounce the Ku Klux Klan and David Duke, one of its former grand wizards–and after the clashes between white supremacists and counterprotesters in Charlottesville, Virginia, in August, Duke in turn praised Trump’s contentious claim that “both sides” were responsible for the violence.”

“To Trump, whiteness is neither notional nor symbolic but is the very core of his power,” Coates continues. “In this, Trump is not singular. But whereas his forebears carried whiteness like an ancestral talisman, Trump cracked the glowing amulet open, releasing its eldritch energies. The repercussions are striking: Trump is the first president to have served in no public capacity before ascending to his perch. But more telling, Trump is also the first president to have publicly affirmed that his daughter is a “piece of ass.””

Coates writes that “the point of white supremacy” is “to ensure that that which all others achieve with maximal effort, white people (particularly white men) achieve with minimal qualification.”

Coates continues that Obama’s presidency seems to have “insulted” Trump “personally,” and that he is using his time in office to undo as much of Obama’s legacy as possible. In the past weeks and months, we have seen Trump try to terminate the Affordable Care Act and decide to end the DACA program.

“Trump truly is something new –the first president whose entire political existence hinges on the fact of a black president. And so it will not suffice to say that Trump is a white man like all the others who rose to become president. He must be called by his rightful honorific — America’s first white president.”

But Coates’ criticism is not saved solely for Trump. He also calls out Democratic leaders Hillary Clinton, Joe Biden and Bernie Sanders for “claims of origin and fidelity” made after the election in which those politicians decried their inability to “understand” their white constituencies who voted for Trump.

These claims — “they’re not racist. They’re not sexist”–Coates writes, are “not merely elite defenses of an aggrieved class but also a sweeping dismissal of the concerns of those who don’t share kinship with white men.”

You can read the full essay over on The Atlantic.