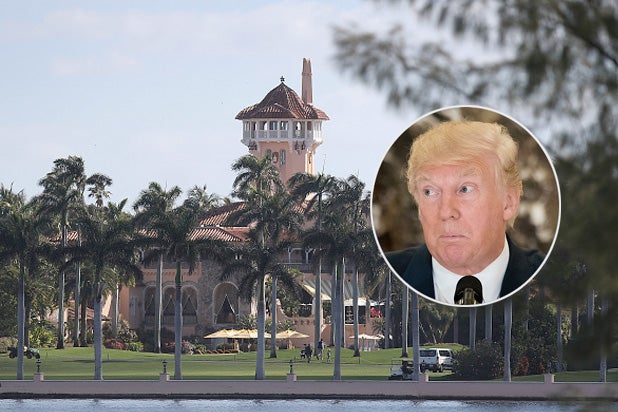 The number of charities that have pulled scheduled galas and other events from Donald Trump’s private club in Mar-a-Lago, Florida, has swelled to 18 after the Bethesda Hospital Foundation confirmed on its online events page that it had moved a November 9 fund-raising luncheon to the non-Trump-affiliated Boca Raton Resort and Club.

It’s the latest nonprofit group to back out of a booking at Trump’s club since the president came under fire for blaming “both sides” for the violence at a white supremacist and neo-Nazi rally in Charlottesville, Virginia, earlier this month.

“The leadership of the foundation and the events team decided late yesterday to move the event because they wanted to avoid any distractions on the event’s true purpose to honor outstanding women in the community,” Lisa Kronhaus, the foundations VP of public relations, told TheWrap. The luncheon, which is expected to draw about 700 people was held at Mar-a-Lago Club last year.

On Tuesday, the Washington Post reported that Gateway for Cancer Research and Unicorn Children’s Foundation both canceled fundraising events at the venue.

“We are not a political organization and do not condone hatred or bullying on any level as our kids have dealt with the pain of being called different on a very personal level,” Unicorn Children’s Foundation said in a statement on its Facebook page. “Due to the political turbulence associated with this choice of venue it would be a disservice to our supporters and our children to hold our event at Mar-a-Lago.”

In addition, David Lin, the CEO of Palm Beach Habilitation Center, told the Palm Beach Daily News on Wednesday that it was reconsidering its plans to hold a luncheon this March at the club, pending a board meeting early next month. Representatives for the center have not responded to TheWrap’s request for comment.

Among those that are still keeping their events at the president’s venue are the Palm Beach Police Foundation and the Achilles Freedom Team, an organization that trains wounded veterans to take part in marathons.

Also Read: Here's Everyone Who Dumped Trump This Week (Photos)

In the wake of the Trump’s combative comments about Charlottesville, several White House business advisory councils were dissolved after several CEOs resigned and all 17 members of the White House Arts Committee quit in protest.

17 charities have now cancelled events at Mar-a-Lago. The latest (#15 below) cancelled its gala during @realdonaldtrump's speech last nite. pic.twitter.com/VAawKqGxQB