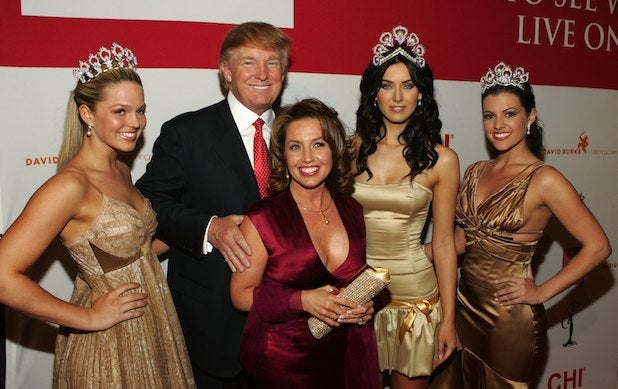 Donald Trump and NBC each made $2.3 million on the 2013 Miss Universe pageant, in part due to a big investment from a billionaire Russian family believed to have assisted with interference in the 2016 election, according to a New York Times investigation.

The Times reported that the most successful year for Miss Universe — both for Trump and its broadcaster, NBC — was in 2013, when the global pageant was held in Moscow. That pageant has become a key event for those investigating Trump’s ties to Russia as Trump received help from Aras Agalarov — a billionaire who claims to have connections to Vladimir Putin — and his son, Emin. The event was held at Crocus City Hall, a venue owned by Agalarov, with Emin and his wife appearing respectively as a singer and judge at the pageant.

According to The Times, the 2013 pageant reported gross receipts of $31.6 million, and that both Trump and NBC split $4.7 million from the event’s success. By comparison, Trump and NBC shared losses of $2 million for the 2012 Miss Universe pageant and a loss of $3.8 million in 2014. Ironically, the Agalarovs took a financial hit from the pageant, only recouping $2 million after spending $12 million in licensing fees and event expenses.

The Agalarovs have been subpoenaed by federal investigators looking into potential foreign interference in the 2016 election. Aras Agalarov is believed to have helped arrange a meeting between Trump campaign officials looking for “dirt” on Hillary Clinton and a Russian lawyer connected to the Kremlin in 2016.

The New York Times investigation has found a wide range of information on both Trump’s personal financial history and that of his businesses. According to The Times, Donald Trump only paid $750 in personal taxes in 2016 and 2017. By comparison, George W. Bush and Barack Obama paid more than $100,000 annually throughout their presidencies. Trump has also written off many luxurious personal purchases as business expenses, even as many of his businesses have lost hundreds of millions in the last 20 years, including $315 million lost from his golf courses since 2000.