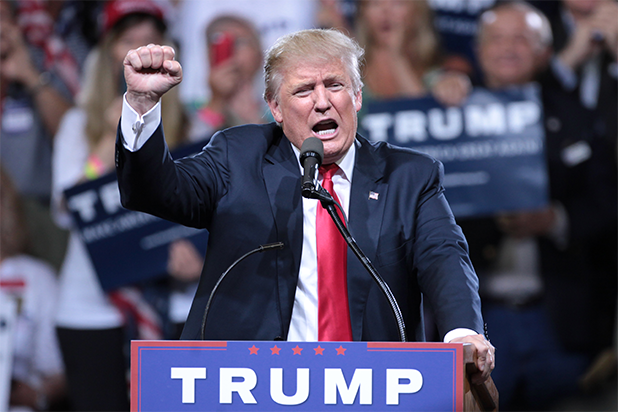 The featured article is titled, “Sein Kampf,” a play on Adolf Hitler’s 1925 autobiography “Mein Kampf,” which was translated in English as “My Struggle.” “Kampf” can also be translated as “fight.”

The magazine cover is the latest in a slew of provocative publication covers in the past few weeks. The New Yorker, The Economist, and another German magazine, Der Spiegel, all had covers featuring Trump that referenced the KKK in the wake of the white supremacist rallies in Charlottesville.

Our cover this week pic.twitter.com/lYD3HLXvSC

After the chaotic and violent white supremacist rallies in Charlottesville, Trump was slow to condemn the extremist groups outright. After he finally did, he backpedalled a day later, saying there was blame to place on “both sides” and claiming that groups on the left were just as extreme, calling them the “alt-left.”

“What about the alt-left that came charging at the — as you say, the alt-right?” Trump said in a press conference from Trump Tower last week.