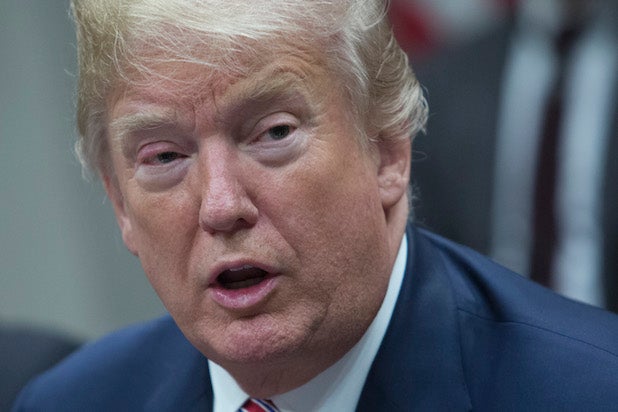 “I want my schools protected just like I want my banks protected,” Trump told state and local officials, according to a press pool report.

The president spoke to authorities who gathered at the White House to discuss how to best protect schools following the deadly mass shooting in Parkland, Florida, last week.

The president’s comment seemed to echo the same remarks delivered by the NRA’s Wayne LaPierre during a appearance at the Conservative Political Action Conference (CPAC) that morning.

“Our banks, our airports, our NBA games, our NFL games, our office buildings, our movie stars, our politicians — they’re all more protected than our children at school,” LaPierre said during the annual conference Thursday, according to Politico.

In 2012, soon after the Sandy Hook Shooting, which left 20 children and six adults dead, LaPierre told reporters: “We care about our money, so we protect our banks with armed guards.”

The Trump administration has been under intense scrutiny since the south Florida shooting, which left 17 students dead and sparked a nationwide movement for better gun safety laws. Survivors of the Parkland shooting have been garnering national attention and millions of dollars in donations form celebrities like George Clooney, Steven Spielberg and Oprah Winfrey in recent days.

Trump defended the NRA Thursday, telling reporters “The NRA is ready to do things.”