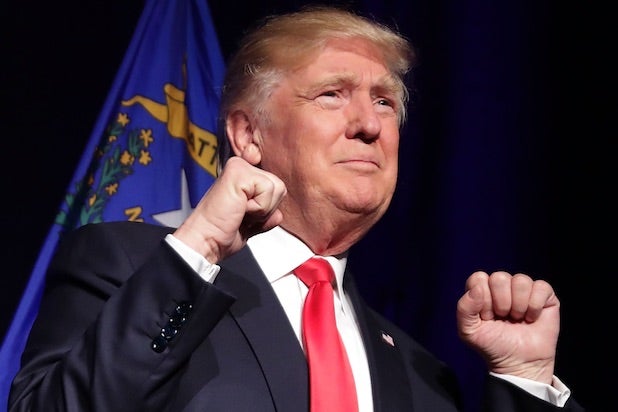 Donald Trump’s attitude to voting rights has mirrored his overall approach to winning the presidency: hijacking the political conversation with a series of outrageous, untrue statements and then sitting back as they come to be believed, at last in part, by the large swath of the American public who ended up voting for him.

During the campaign, he complained repeatedly (until he actually won) that the system was rigged against him and people believed him, because it fit with a broader (and largely correct) narrative that the political system was compromised by an obscene flow of campaign money and a legislative process dictated by lobbyists at the expense of the public interest. Last weekend, in response to the recounts sponsored by Green Party presidential candidate Jill Stein in Wisconsin, Michigan and Pennsylvania, he claimed — without a shred of evidence — that Hillary Clinton benefited from 3 million fraudulently cast ballots nationwide and thus did not really win the popular vote.

It’s easy to dismiss such talk – many have — as an irresponsible, shoot-from-the-hip expression of Trump’s wounded pride at not winning more cleanly. But there’s a good chance that many Trump supporters will, once again, believe him — because they’ve been told a very similar story over the past fifteen years by Republican legislators more interested in demonizing and marginalizing minority voters than in expanding their party’s base and offering those same voters a reason to back the GOP.

We’ve heard Republicans distinguish between “real” Americans and the rest — a racist dog-whistle to white voters alarmed by what they’ve heard about America’s growing racial diversity. We’ve heard some of them insist that voting is a privilege, not a right, and that African Americans complaining about lack of access to the vote in states under GOP control are forgetting how hard Martin Luther King Jr. and his generation had to struggle to get their votes counted.

Most insidiously, we’ve heard countless horror stories about illegal immigrants and foreigners coming over the Mexican border by the busload to cast ballots in our elections. Not one of them has ever been substantiated. We’ve heard whispering campaigns about Democrats and their allies registering dead people, fictional characters and pets to vote — something that occurred with some regularity in the 1860s but not in the modern era. And we’ve seen Republican state legislature after state legislature passing voter ID laws and other legislation designed to restrict and suppress the votes of people deemed more likely to support the Democrats.

Against such a backdrop, it is no coincidence that Trump talked about 3 million fraudulent voters two weeks after telling “60 Minutes,” also in the face of no available evidence, that 3 million undocumented immigrants in this country have criminal records. In the mindset of many in the GOP, including some of Trump’s closest confidants, the immigration issue and the voting issue are the same issue. Both are about denying vital political oxygen to the Democrats and disempowering their most vibrant source  of new voters and activists. 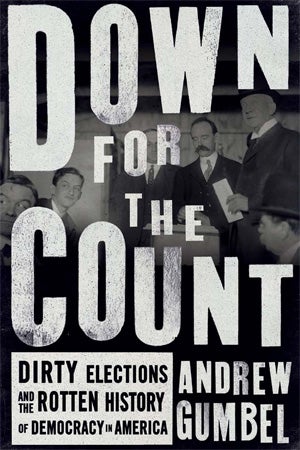 In my book, “Down for the Count: Dirty Elections and the Rotten History of Democracy in America,” published earlier this year by The New Press, I draw a direct line between modern-day attempts at voter suppression and the efforts of segregationists in the South in the wake of the Civil War. In both cases, the desire to suppression the voting rights of minorities was dressed up in the language of “common sense” measures against fraud and corruption. I also trace the existence of a long-standing anti-democratic tradition in American politics, which has always deemed some voters to be more worthy than others and sees a fully empowered, adequately informed electorate as a threat instead of an asset.

That tradition held such sway a century ago that two Yale historians, Charles Seymour and Donald Paige Frary, wrote in 1918: “The theory that every man has a natural right to vote no longer commands the support of students of political science.”  It justified the systematic denial of voting rights to black and, in many cases, poor whites in the segregation-era south.

Even after the dawn of the civil rights era, the  sentiment did not go away, although it was generally expressed in coded terms. Adherents of this darker tradition in American politics would always genuflect before the altar of representative democracy, but really, for them, the public interest and their own interest were one and the same. They saw elections, just as Team Trump did, as an exercise in salesmanship and obfuscuation and had no interest in high-minded Socratic debate that might derail their desired outcome. Better to rely on empty slogans and negative advertising to motivate the base and throw everyone else into confusion and disgust.

The Trump phenomenon has merely made these underlying tendencies more visible — and more brazen. Certainly, the Trump campaign has made an art of confusing the electorate, spreading false stories and outright lies. Now the president-elect has surrounded himself with such figures as Jeff Sessions, his nominee for attorney general, who has a track record both as a hardliner on immigration and as an opponent of minority voting rights in his native Alabama — a major reason why he was denied a federal judgeship back in the 1980s.

Kris Kobach, the Kansas secretary of state now advising Trump on national security among other matters, has a long track record pushing “papers, please” laws designed to ensnare undocumented immigrants in routine police stops and has also supported aggressive voter ID regulations. Then there is Steven Bannon, Trump’s campaign chair who will now be his top White House strategist, who has been quoted in the New York Times suggesting that voting should be limited to property owners, as it was at the dawn of the republic, and that denying the vote to African Americans may not be “such a bad thing”.

Does that sound like the basis of an ordinary administration in a regularly functioning democracy or something more sinister? Behind Trump’s easily disprovable falsehoods about millions of illegal voters lies an unmistakable agenda — one that takes aim at the civil rights advances of the past half century and threatens to undermine the bipartisan consensus that, until now, has protected us all.

View In Gallery
BIO Andrew Gumbel
Andrew Gumbel is a Los Angeles-based journalist and writer, whose other books include "Oklahoma City: What The Investigation Missed -- And Why It Still Matters" and "Down for the Count: Dirty Elections and the Rotten History of Democracy in America." A series of articles he wrote for TheWrap about the Motion Picture and Television Fund's plans -- later reversed -- to close its nursing home in Woodland Hills in 2009 and 2010 won multiple awards. He also writes regularly for The Guardian.

Andrew Gumbel is a Los Angeles-based journalist and writer, whose other books include "Oklahoma City: What The Investigation Missed -- And Why It Still Matters" and "Down for the Count: Dirty Elections and the Rotten History of Democracy in America." A series of articles he wrote for TheWrap about the Motion Picture and Television Fund's plans -- later reversed -- to close its nursing home in Woodland Hills in 2009 and 2010 won multiple awards. He also writes regularly for The Guardian.