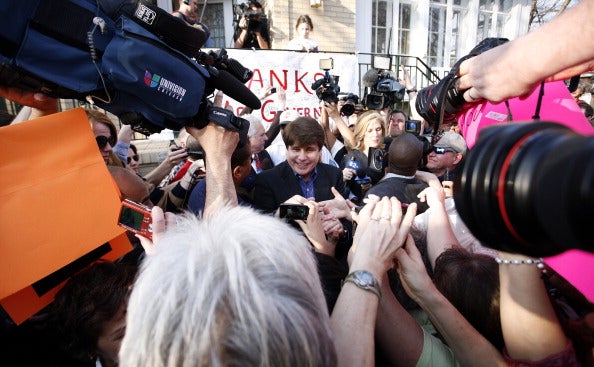 According to the Chicago Sun-Times, Trump said he’d seen appearances made by Blagojevich’s wife on television and was “thinking very seriously about commuting his sentence so that he can go home to his family after seven years.”

“I thought he was treated unbelievably unfairly; he was given close to 18 years in prison. And a lot of people thought it was unfair, like a lot of other things — and it was the same gang, the Comey gang and all these sleaze bags that did it. And his name is Rod Blagojevich. And I’m thinking about commuting his sentence,” he told reporters on Air Force One as they returned from his trip to El Paso, the site of a mass shooting on Saturday.

Former politician Blagojevich was actually sentenced to 14 years, not 18 as Trump said, in federal prison in 2011 after being convicted on 18 federal corruption charges. Though the sentence potentially could have amounted to hundreds of years, prosecutors had been seeking 15 to 20.

Also Read: It's True: Rod Blagojevich Will Be On 'Celebrity Apprentice'

Blagojevich’s most prominent transgression was attempting to profit from the Senate seat that Barack Obama vacated after he was elected president.

He was impeached and removed from office in 2009, then convicted in June 2011 during a retrial. In 2010, he was a contestant on “Celebrity Apprentice,” a spin-off of the NBC show that made Trump a television star.