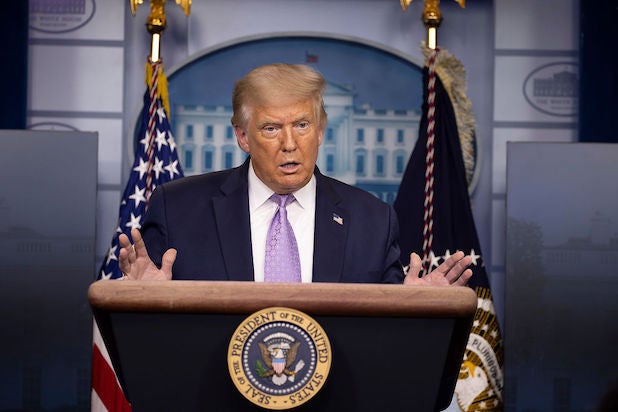 President Donald Trump had no response for a reporter who asked him, flat out, if he regretted “all the lying” he’s done to the American people.

During a Thursday press conference, HuffPost White House correspondent S. V. Dáte asked the president, “After three and a half years, do you regret, at all, all the lying you’ve done to the American people?”

“All the what?” Trump asked.

“All the lying, all the dishonesties?” Dáte said.

“That who has done?” Trump said.

Trump then quickly moved on to the next question without giving the reporter an answer.

After the interaction, Dáte tweeted, “For five years I’ve been wanting to ask him that.”

According to a fact-checking database compiled by the Washington Post, Trump has made 20,055 “false or misleading claims” since the start of his presidency.

Watch the interaction below:

Reporter: "After 3 1/2 years, do you regret, at all, all the lying you've done to the American people?" pic.twitter.com/N7XdQuiYtx

For five years I've been wanting to ask him that.