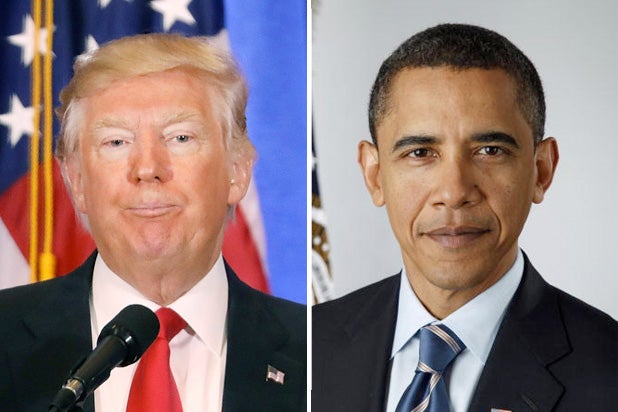 President Donald Trump on Monday suggested that the House Judiciary Committee should redirect its efforts from questions about his own business operations and potential conflicts of interest to those of his predecessor, Barack Obama.

“House Judiciary has given up on the Mueller Report, sadly for them after two years and $40,000,000 spent – ZERO COLLUSION, ZERO OBSTRUCTION. So they say, OK, lets look at everything else, and all of the deals that ‘Trump’ has done over his lifetime,” Trump tweeted. But it doesn’t….”

“But it doesn’t…work that way. I have a better idea. Look at the Obama Book Deal, or the ridiculous Netflix deal. Then look at all the deals made by the Dems in Congress, the ‘Congressional Slush Fund,’ and lastly the IG Reports. Take a look at them. Those investigations would be over FAST!” he concluded.

A White House representative did not immediately respond to request for comment on what aspect of Obama’s forthcoming book or his new Netflix partnership the president feels should be investigated.

In addition, despite Trump’s assertion the House Judiciary Committee continues to investigate Russian interference in the 2016 election. Last week the panel voted to seek former special counsel Robert Mueller’s most sensitive materials, including evidence and testimony from a grand jury, as part of its inquiry.

A representative for the the former president and First Lady Michelle Obama did not immediately respond to a request for response.