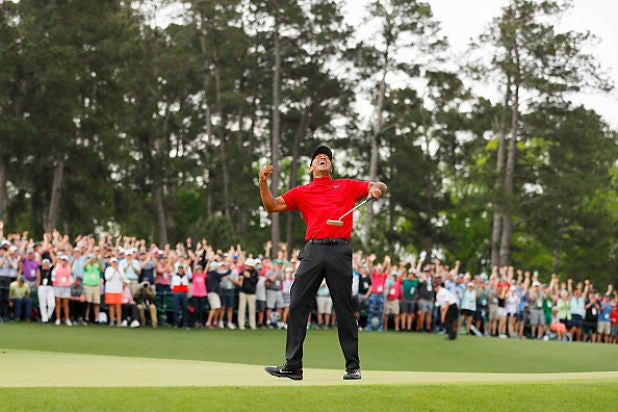 If winning his first major tournament in over a decade wasn’t enough, Tiger Woods is going to receive a Presidential Medal of Freedom from President Donald Trump.

In a tweet Monday morning, Trump (a golfer in his own right) congratulated Woods on “the great victory” at the Masters and announced that he is bestowing Woods the honor on account of his comeback in “Sports (Golf) and, more importantly, LIFE.”

Spoke to @TigerWoods to congratulate him on the great victory he had in yesterday’s @TheMasters, & to inform him that because of his incredible Success & Comeback in Sports (Golf) and, more importantly, LIFE, I will be presenting him with the PRESIDENTIAL MEDAL OF FREEDOM!

On Sunday, the 43-year-old, who hadn’t participated in the Masters since 2015, took home the green jacket for the first time since 2005. Overall, Woods won the tournament for the fifth time, finishing 13 under par after 72 holes at Augusta National Golf Club in Augusta, Georgia.

Woods has the second most Masters titles, just one behind Jack Nicklaus.

With Woods in the hunt at golf’s most prestigious tournament, CBS’ final-round coverage posted television’s highest-rated morning golf broadcast in 34 years — dating back to pretty much the beginning of Nielsen’s electronic monitoring — with a 7.7 rating/21 share in the 56 metered markets.