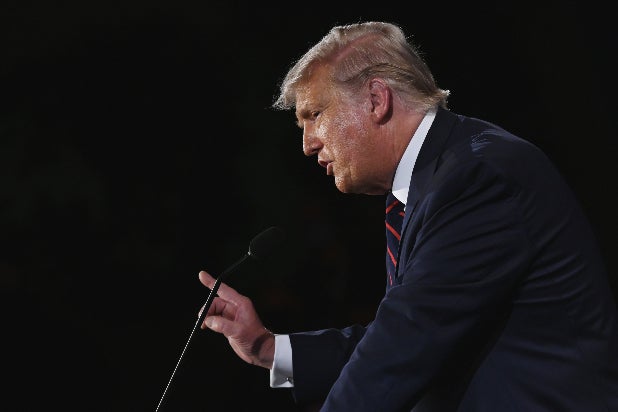 Sinclair will host a town hall with Donald Trump next Wednesday, the day before the next scheduled presidential debate.

The one-hour town hall, moderated by Eric Bolling, will be filmed at the White House and air on all Sinclair-owned stations at 8 p.m. ET.

“This election is one of the most important in modern history and voters are still looking for insight into the many issues that are impacting their daily lives,” Bolling said in a statement on Friday. “We aim to give Sinclair viewers the answers to their most burning questions and look forward to getting a detailed view on what the next four years would look like under President Trump.”

The next presidential debate between Trump and former Vice President Joe Biden is slated for Thursday night, and will come a week after the dueling NBC and ABC town halls featuring Trump and Biden respectively. And for those curious about such things, Biden’s town hall handily topped Trump’s in ratings.