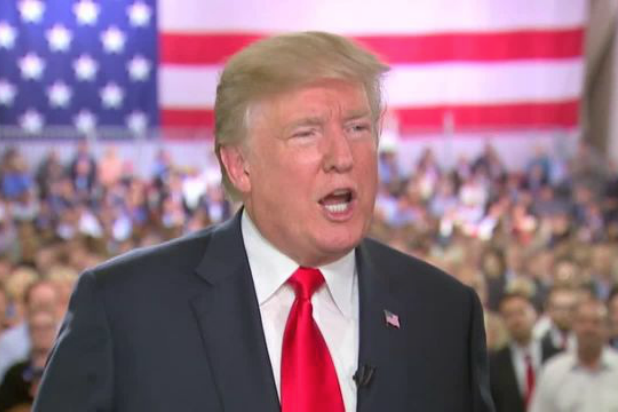 President Donald Trump is facing heat for a tweet on Wednesday that suggesting  “Morning Joe” co-host Joe Scarborough be fired and apparently resurfacing the case of Lori Klausutis, a former intern of the then-congressman who was found dead in his Florida office in 2001.

The president referred to the matter only obliquely as “the unsolved mystery that took place in Florida years ago” and appeared to imply, without citing any additional evidence, that there was foul play that might justify Scarborough’s termination at MSNBC.

So now that Matt Lauer is gone when will the Fake News practitioners at NBC be terminating the contract of Phil Griffin? And will they terminate low ratings Joe Scarborough based on the “unsolved mystery” that took place in Florida years ago? Investigate!

The president suggestion that the matter has not been resolved contradicts contemporary reports of the incident.

“Preliminary finding’s from the medical examiner’s office showed no foul play or any outward indication of suicide,” the Sarasota Herald Tribune reported in July, 2001.

Local Medical Examiner Dr. Michael Berkland said the 28-year-old’s death was caused by a head injury after she lost consciousness because of an abnormal heart rhythm and fell, hitting her head on a desk, according to the St. Petersburg Times.

Online, the reaction was swift, as critics denounced Trump for using  Klausutis’ tragic death for a Twitter shot at Scarborough, a former Republican who was once a Trump ally but has grown increasingly critical since the former real estate mogul assumed the White House.

Scarborough took the first shot — followed by his brother.

Looks like I picked a good day to stop responding to Trump's bizarre tweets. He is not well. https://t.co/XJhW5ZHNfs

Outrageous reference re @JoeNBC where @potus @realDonaldTrump just crossed the line with me. I need to see a public apology to my brother Joe or else he has lost my support for good … which is saying a ton given all the support I’ve shown him in past 2 years. https://t.co/3lXfBPnaTV

This is the president attempting to exploit the tragic death of a young woman — one who had heart problems and hit her head when she fell — to score a cheap spurious political point. Indecent. Inhumane. https://t.co/UAvbhYPCnQ

The president brings up the incident in which a woman was found dead in Scarborough’s district office in 2001. Authorities said immediately that it was a non-suspicious death; medical examiner said she had an undiagnosed heart condition. pic.twitter.com/zshjL3C3yw

Did the president accuse Joe Scarborough of murdering someone earlier today?

It’s not even fucking 10am yet!

So Trump believes he offered to let a murderer use the White House for his wedding?

MSNBC has declined to comment on the matter. Inquiries to Joe Scarborough were not returned on Wednesday morning.