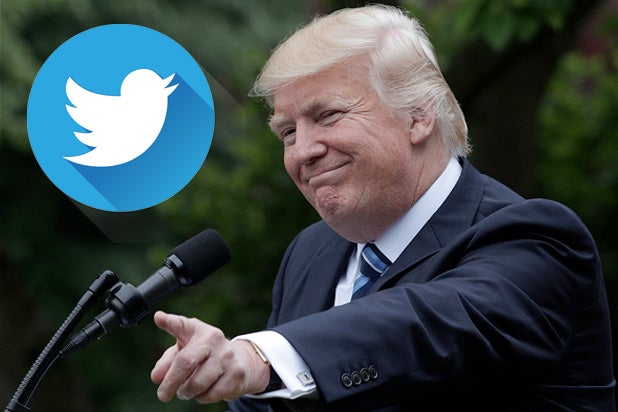 The White House launched a new online tool on Wednesday allowing people to report “political bias” on social media. The “Tech Bias Story Sharing Tool” asks users to give some background on themselves — including their email, phone number and U.S. citizenship status — before sharing “what happened on social media.” Users can select from a list of tech companies, including Facebook, Twitter, YouTube and Instagram, that took action against them, and explain what happened in their own words.

“Social media platforms should advance Free speech. Yet too many Americans have seen their accounts suspended, banned, or fraudulently reported for unclear “violations” of user policies,” reads the tool’s welcome message. “No matter your views, if you suspect political bias caused such an action to be taken against you, share your story with President Trump.”

According to the tool’s user agreement, people who share their stories grant “the U.S. Government a license to use, edit, display, publish, broadcast, transmit, post, or otherwise distribute all or part of the Content (including edited, composite, or derivative works made therefrom).” People who share their stories are also invited to sign up to receive “email newsletters so we can update you without relying on platforms like Facebook and Twitter.”

Reps for Google, YouTube’s parent company, Facebook and Instagram — who have previously denied accusations of political bias in how they monitor and police their sites — did not immediately respond to requests for comment.

“We enforce the Twitter Rules impartially for all users, regardless of their background or political affiliation. We are constantly working to improve our systems and will continue to be transparent in our efforts,” a Twitter spokesperson told TheWrap.

The tool was rolled out less than two weeks after several prominent right wing voices, including digital shock jock Alex Jones and Milo Yiannopoulus, were banned from Facebook and Instagram. The platforms also banned Nation of Islam leader Louis Farrakhan at the same time. They were purged for violating Facebook’s policy against  “dangerous individuals and organizations,” which “does not allow any organizations or individuals that proclaim a violent mission or are engaged in violence.” Conservative commentator Ben Shapiro, among others, said the policy had been arbitrarily enforced, and pointed out several terrorist groups are still allowed to keep their pages on Facebook.

President Trump has routinely blasted Silicon Valley for what he views as unfair treatment of conservative voices. “Social Media is totally discriminating against Republican/Conservative voices,” the president tweeted last summer. “Speaking loudly and clearly for the Trump Administration, we won’t let that happen.”

Major tech companies, on the other hand, have consistently denied having an overwhelming focus on conservatives.

Facebook chief Mark Zuckerberg, in his own 2018 visit to Washington, D.C., said he understands why conservatives are worried about censorship, since Silicon Valley “is an extremely left-leaning place.” He added he was concerned about this, too, and the company was doing what it can to make “sure that we don’t have any bias in the work that we do.”