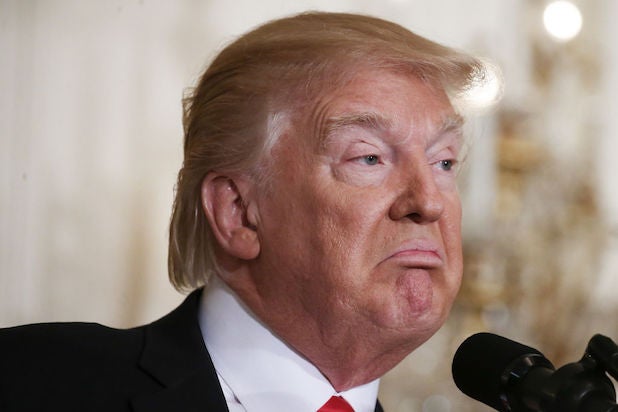 “Over the years you make a mistake, I fully understand when they hit you,” Trump said in an interview with “Fox & Friends” scheduled to air Tuesday morning. “But when they make stories up, when they create sources, ’cause I believe that sometimes they don’t have sources, you know, the sources don’t exist.”

The annual dinner, scheduled for April 29, is traditionally attended by the president, first lady, the White House press corps, media outlets and celebrities. Money raised at the event goes toward scholarships for young journalists. Trump will be the first commander-in-chief to skip the event in over 30 years.

The gathering is usually emceed by a known comedian who roasts the president and the media. But this year a number of news outlets — including The New Yorker and Vanity Fair — have refused to host the annual parties around the ceremonies.

Trump’s announcement comes as the president continues his assault on the free press, calling news organizations like the Times, NBC, ABC and CBS “fake news.”