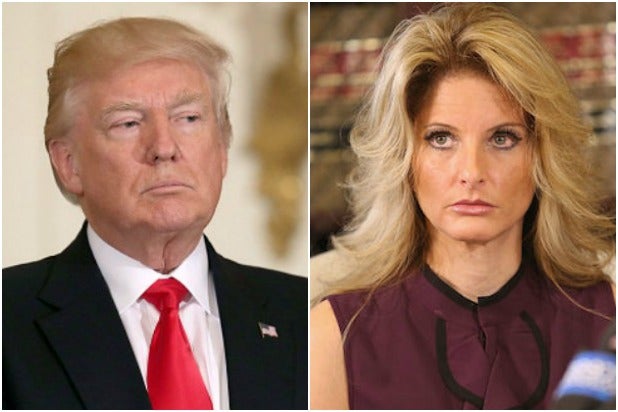 According to a new court filing, attorneys for the president and Zervos have agreed to the exchange of “written answers and objections” to questions submitted in writing by Sept. 28. Trump will be sworn in prior to the written interrogation.

Zervos, who in 2016 accused Trump of grabbing her breast without her consent and unwanted aggressive kissing in 2007, filed suit against the then president-elect in January 2017. The defamation suit alleges that Trump falsely branded Zervos a liar after she made her accusations public, calling her story “totally made up nonsense.”

He has denied her accusations.

In May, Zervos subpoenaed recordings from NBC’s “The Apprentice,” as well as records pertaining to Trump’s stays at the Beverly Hills Hotel, where Zervos said the unwanted encounter with Trump occurred.

The subpoena issued to the hotel asked for records pertaining to stays by Trump in 2005 through 2009, along with documents pertaining to Zervos, Trump’s bodyguard and his assistant.

Those requested documents have yet to be turned over, according to the Post.

Neither Zervos’ lawyer, Mariann Wang, or the president’s counsel responded immediately to TheWrap’s request for comment.