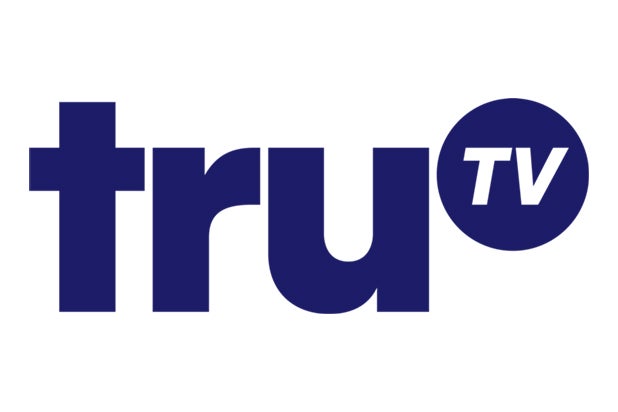 TruTV has given the green light to three new original series, the network announced Wednesday.

“Almost Genius,” a show that celebrates the people, places, and things that are almost successful, but can’t quite cut it in the end, will premiere Dec. 29. “10 Things,” hosted by “Girl Code’s” Jamie Lee, a list-based collection of offbeat and unusual topics, will premiere Jan. 5. “truOriginals: Inside Iconic Comedy,” which goes behind the scenes of some of the funniest films ever mad, will premiere Feb. 29.

Two new pilots were also ordered by the network, including “Jon Glaser Loves Gear,” a new hybrid show that delves into Glaser’s love of looking at gear, shopping for gear, wearing gear, and talking about gear, and “Inside Caucasia,” a travel series hosted by comedian Naomi Ekperigin.

“We’ve come a long way over the past year when it comes to establishing the new truTV brand, and we’re experiencing real momentum,” said Chris Linn, president and head of programming for truTV, in a statement. “These programming moves represent our continued investment in innovative, talent driven shows that can engage our viewers across every platform.”

Read more about the network’s slate below:

Almost Genius – Series Premiere: Tuesday, December 29, at 10:00 p.m. (ET/PT)
Almost Genius is a self-contained, half-hour comedy series that celebrates the people, places and things that try so hard to succeed but come up just a bit short. Hosted by April Richardson and Chris Fairbanks, the show features comedians and performers digitally inserted into viral videos to comment on and congratulate people for their bravery and ingenuity in snatching defeat from the jaws of victory. But Almost Genius doesn’t mock, because as everyone knows, almost is awesome…and genius.

truTV has ordered 12 episodes of Almost Genius from Meetinghouse productions.

10 Things – Series Premiere: Tuesday, January 5, at 10:30 p.m. (ET/PT)
In truTV’s new series 10 Things, stand-up comedian Jamie Lee (Girl Code, Ridiculousness, Conan) takes the listicle to a new level with this combo of irreverent commentary and cutting-edge visuals. The result is a comedic countdown packed with surprising and buzz-worthy facts presented with a unique point of view.

truTV has ordered 10 episodes of 10 Things from R83 Productions and Gaspin Media.

truOriginals: Inside Iconic Comedy – Series Premiere: Monday, February 29, 10:00pm (ET/PT)
Inside Iconic Comedy is truTV’s documentary anthology series delivering a first-hand account of the funniest movies ever made. Each episode takes us behind the scenes of creating these infamous films, driven by the oral histories from the casts and crews.

truTV has ordered 8 episodes of Inside Iconic Comedy from Left/Right with Banks Tarver, Ken Druckerman, Anneka Jones on board as executive producers.

The Carbonaro Effect – Additional Episodes Ordered
After successfully convincing the public to believe the unbelievable, magician Michael Carbonaro is back with unexpected tricks that will astound and amuse audiences in truTV’s The Carbonaro Effect. Each week, Michael performs ingenious tricks on unsuspecting members of the public, all caught on hidden camera. Whether posing as a barista, museum curator or seemingly unremarkable store clerk, Michael Carbonaro’s affect on people will have you laughing out loud and scratching your head in disbelief.

Hack My Life – Additional Episodes Ordered
In truTV’s popular series Hack My Life, hosts Kevin Pereira and Brooke Van Poppelen offer a funny spin on life’s little shortcuts that can save you time, effort and money. In its first season, Hack My Life ranked among the Top 10 cable entertainment programs in its timeslot with men 18-34.

truTV has ordered an additional 10 half-hour episodes of Hack My Life, bringing the second season total to 20 episodes. Hack My Life is produced by True Entertainment.

Jon Glaser Loves Gear – Pilot
Jon Glaser Loves Gear. Not only is that a true statement, it’s also the title of a new hybrid show. In the pilot, Jon runs his first big trail 10K. As excited as he is about the race, his training takes a back seat to his love of looking at gear, shopping for gear, wearing gear, and talking about gear. That’s what happens when you love gear like Jon Glaser Loves Gear.

truTV has ordered the pilot from creator and producer Jon Glaser. PFFR is set as the production company with Vernon Chatman, John Lee, and Alyson Levy executive producing alongside Glaser and Richard Korson.

Inside Caucasia – Pilot Presentation
Inside Caucasia is a cultural travelogue in which comedian Naomi Ekperigin (Broad City, Totally Biased with W. Kamau Bell) traverses the country to learn more about what makes Caucasians tick in a “post-racial” America.

The pilot presentation for Inside Caucasia is being produced by truTV, with Ekperigin and Beckerman on board as executive producers with Gideon Evans and Jenny Hunter.

Impractical Jokers – Season 5 Ordered
As previously announced, truTV has renewed the show Impractical Jokers for a fifth season, ordering an all new round of outrageous dares and punishments that are guaranteed to keep Sal, Joe, Murr and Q looking over their shoulders for what is next. The 26-episode order comes in the wake of the series’ biggest episode ever, a live high-wire walk at South Street Seaport to celebrate their 100th episode. The special episode, which aired live on Sept. 3, drew 3.7 million total viewers in Live +3 delivery, making it truTV’s most watched telecast in 19 months. In addition to Top 5 rankings in its timeslot across all the key demos, the show was a huge success on social media, trending nationwide.

Fameless is produced by Electus and Entertainment One.