As TruTV debuted the premiere episode of Prentice Penny’s unscripted series “Upscale with Prentice Penny” on Tuesday night (March 21), the star of the male transformation show was already all the way up…on top of the London Hotel in West Hollywood for a premiere party in the penthouse. 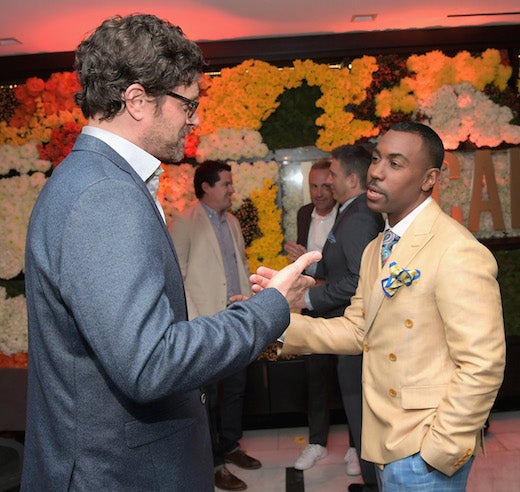 Too cool for a sit-down screening, the party-only premiere in the penthouse had an array of champagne bubbling by the entry, mobile oyster shuckers (see below), HBO’s “Insecure” stars Issa Rae and Jay Ellis floating through with funny guy Damien Fahey, and DJ Jazzy Jeff taking an unannounced turn in the DJ booth. 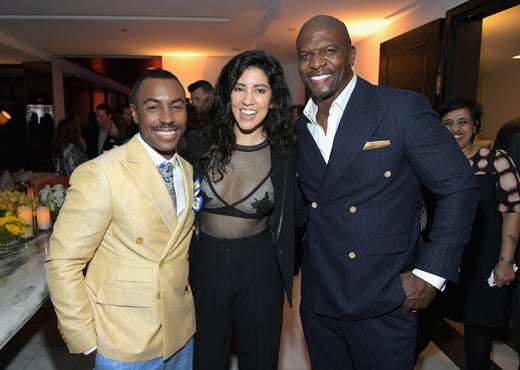 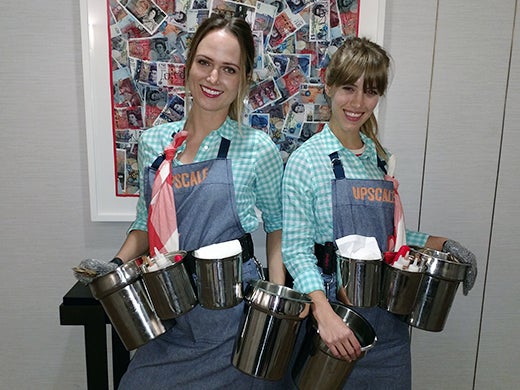 As Andy Cohen did a decade ago, Penny is a behind-the-scenes executive now stepping in front of the camera. Casts from both his “day jobs” came to support him on his televised, first person, journey of style self-improvement.

His day jobs are as the showrunner/EP of HBO’s comedy “Insecure” and as a consulting producer on “Brooklyn Nine-Nine”.

“I know Andy Samberg,” he jokes in the premiere episode. 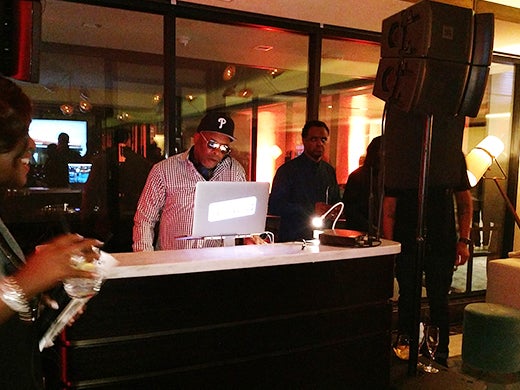 “Upscale” the TV show converts the adjective in to a verb.

In each 30-minute episode, Penny plays both the student and teacher on a journey to “upscale” different strands of his style portfolio.

In one segment, he learns how to mix candle scents to set the mood for romance better than a dozen 99 Cent Store candles could do instead. In another, he gets the inside track on upping the thread count on bedding and pillows.

Think of it as “Straight Eye for the Straight Guy”. 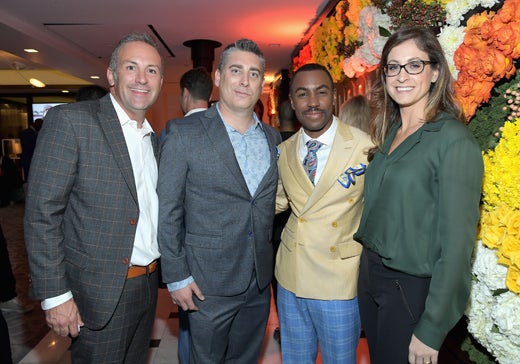 Through upcoming episodes on “Cooking” and “Date Night,” Penny will hack luxury on a middle class budget, a step up from the thrifty paper clip and garbage bag hacks on a shoestring budget from another TruTV show, “Hack My Life.” (The co-host of that show, Brooke Van Poppelen, was in the room Tuesday night.)

As far as timeslots go, Penny and crew nabbed Tru’s most choice real estate of the year. Their debut lands on the tail of the NCAA Tournament’s opening rounds, Tru’s highest rated programming of the year. 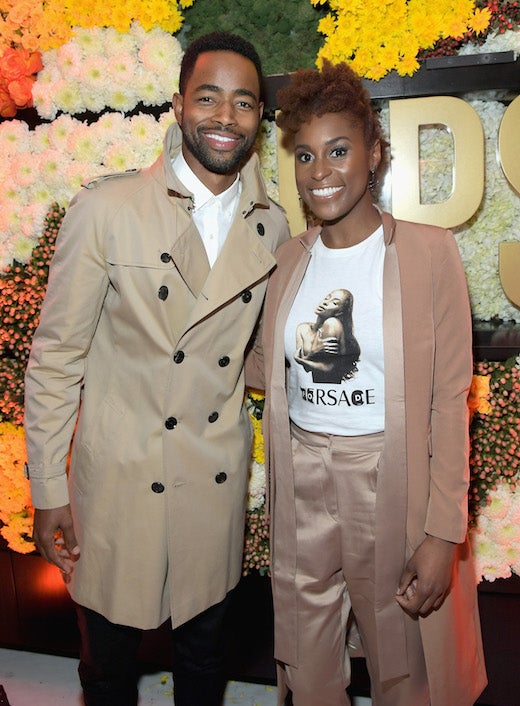 Beyond what we saw on screen, we have one off-air note on how to “upscale” a very particular need, and we’re talking to you Stephen Colbert (host of the 2017 Emmys).

This London penthouse, never used for events, is a private, posh, centrally located and under-exposed secret space begging for an after party. It’s like a Vegas high roller suite without the demons. Execs from WME, music managers, and this party reporter all admitted to never having seen the discrete elevated manor.

Our nightlife has already been upscaled. Thanks, Prentice.