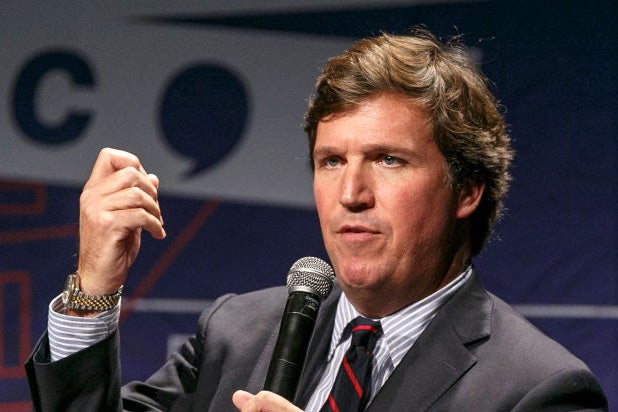 Fox News host Tucker Carlson dug in for a weedy and technical interview with BuzzFeed editor-in-chief Ben Smith on Monday night, but before Smith even spoke a word, Carlson offered a lengthy monologue for his viewers deriding the website as a “cat blog.”

“Not so long ago, America had prestige media outlets. Harvard graduates literally went to work for Newsweek rather than private equity. Not anymore,” Carlson said. “Teen Vogue now has a news division, and so does a New York-based cat blog called BuzzFeed.”

“When a BuzzFeed headline commands you to ‘Stop everything and watch this cat who loves the ocean,’ you do. You stop everything and you watch that cat,” Carlson added, flashing headlines across the screen. “When BuzzFeed offers one of its trademark cat quizzes, you dutifully take the quiz. What kind of purrsonality does your cat actually have? Or how cat are you? Take this quiz. Meow!”

In a statement, BuzzFeed dismissed the criticism.

“While it’s not what has earned us recognition from the Pulitzer Prize Board, the attention paid to our unique and wide-ranging cat coverage is long overdue,” a rep for the company told TheWrap on Tuesday.

When Carlson and Smith finally got into their interview, which focused on the website’s reporting on Michael Cohen and whether he was instructed by Trump to lie to Congress, Smith openly complained about not having enough time to explain the broader story to viewers because Carlson spent too much of his monologue talking about cats.

“Can I just tell the story to your audience here that we talk about, because this is the story at the heart of this whole thing,” Smith said.

“No, because we don’t have enough time,” Carlson responded.

“You spent a lot of time talking about cats. Can I just talk for two minutes about the Trump Tower Moscow?”

The answer though was still no, and Carlson redirected the conversation to Smith and BuzzFeed’s decision to publish the Steele dossier, which raised eyebrows at the time because much of it was unverified at the time.