Tucker Carlson on Tuesday was one of many Republicans grasping for some reason, however thinly premised, to oppose the nomination of Ketanji Brown Jackson to the United States Supreme Court.

But instead of some new line of attack, Tucker Carlson migrated back to something he brought up a couple of weeks ago: His misconception that someone’s LSAT score somehow matters in assessing how good of a legal mind they are.

“Biden, sounding maybe a touch defensive, has described Ketanji Brown Jackson as one of this country’s great legal minds. And we certainly want to believe that. For, for real, given that she’s probably gonna be confirmed no matter what we think,” Carlson said during his Fox News show on Tuesday.

“The question is, is it true? Is she really one of this country’s great legal minds? One way to know, one indication would be her LSAT scores,” Carlson continued. “The LSAT is not a knowledge test. It measures logic and reasoning abilities. And no one doubts it’s an accurate measure of those things, which predict legal skills.” 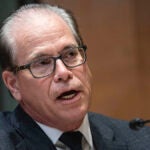 Also Read:
GOP Senator Claims He ‘Misunderstood’ After Saying Supreme Court Should Leave ‘Interracial Marriage Up to the States’

“And that’s why top law fir- top law schools have long used that test. So how did Ketanji Brown Jackson do on the LSAT? Sorry. You’re not allowed to ask. Because asking is racism,” Carlson concluded.

Now, Tucker did correct himself, but we want to reiterate that law firms do not care about a candidate’s LSAT scores. They do want to know about class standing, grades, and of course if someone passed the bar exam.

Carlson keeps attempting to suggest there’s something sinister about the fact that we don’t know Jackson’s LSATs, but we don’t know the LSAT of any practicing attorney or judge, unless they choose to disclose it. That’s because LSAT results aren’t made public.

The LSAT — the Law School Admissions Test — is only required to get into law school. It has no other impact on whether someone gets to become a lawyer. That will, as we mentioned above, depend on grades, class standing, and of course, passing the bar. 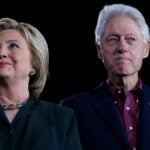 But if that looks like a drop, bear in mind 1) grad school is a lot more competitive and 2) Jackson was the editor of the Harvard Law Review. She also went on to practice law for firms based in Massachusetts, New York, Washington, D.C. and California prior to her appointment to the federal bench in 2012. Which means she very, very likely had to pass several different bar exams. Ask any lawyer you might know how easy that task is.

But, as we noted above, it appears Carlson is fixating on this flimsy criticism because he can’t identify anything substantial to ding Jackson on. After all, she took the LSAT 30 years ago, and it sure is a weird that he hasn’t found anything in the next three decades to complain about.